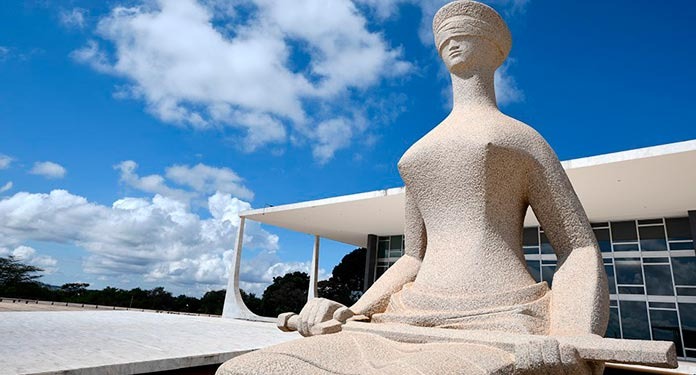 On Tuesday, 15, the judgment of Minister Gilmar Mendes regarding the judgment of the Supreme Federal Court (STF) on Non-compliance with Fundamental Precepts (ADPFs 492 and 493) and the Direct Action of Unconstitutionality (ADI 4,986) was published.

Recalling that the trial was held on September 30, granting the federation units the possibility to explore the lotteries.

In this case, the Union is responsible for legislating on the matter. The publication of the judgment, a 95-page document, has been awaited since the end of the trial at the Supreme Court.

In addition, the ruling also offers total security to the states for the exploration of the sector, since the document has an effect in practice both to grant autonomy to the already existing modalities and to expand and create new categories.

These Minutes having been seen, reported and discussed, the Ministers of the Supreme Federal Court, in Plenary Session, chaired by Minister Luiz Fux, in accordance with the minutes of the trial and the shorthand notes, by unanimous vote, to uphold the breach of a fundamental precept to declare arts. 1 and 32, caput and § 1, of DL 204/1967, pursuant to the vote of the Rapporteur.

The ruling is identical to the vote made by Minister Gilmar Mendes and gives state lotteries the right to explore the lottery modalities operated by the Union. In the document, Gilmar Mendes maintained his “Conclusions and Provision” that appeared in his vote:

Finally, I return briefly to the main premises and conclusions of this vote, in order to clarify the ratio decidendi:

(i) The operation of lotteries has a public service legal nature (art. 175, caput, of CF / 88), given the existence of an express legal provision;

(ii) arts. 1 and 32 of Decree-Law 204/1967, when establishing the Union’s exclusivity on the provision of lottery services, were not received by the Federal Constitution of 1988, as they collide head-on with art. 25, § 1, of the CF / 88, by emptying the subsidiary constitutional competence of the Member States for the provision of public services that were not expressly reserved by the constitutional text for exploitation by the Union (art. 21 of the CF / 88);

(iv) On the other hand, state laws that institute lotteries, either via state law or by means of a decree, must simply enable the exercise of its material competence as a public service institution authorized by the Member State, so that only the Union it can define the modalities of lottery activities that can be exploited by States.

Regarding ADI 4,986, I dismiss the requests as unfounded.

The contents of the entire ruling can be accessed here.

With the publication, it is established that the legislative competence related to lotteries remains with the Union, only that states and even municipalities no longer have impediments to explore this activity from now on.

Therefore, only the Federal Government can choose which categories of lotteries can be selected by the states, it is understood that they will probably be under the supervision of the Federal Government, according to Decree-Law 6259/44, which provides that state lotteries will be centrally supervised by a “General Lottery Inspector”.

However, there is still a question as to whether an agency will be created to carry out this service or whether the Ministry of Economy’s Secretariat for Evaluation, Planning, Energy and Lottery (SECAP), the entity that regulates the lottery sector, will be appointed to inspect the lotteries. existing state lotteries and those that should be created from now on.

Another topic that still raises some questions is related to the awards of lottery activities to be carried out by the states, since the judgment has not yet established this point.

If the states are not obliged to follow the prizes established by federal legislation, this tends to slightly loosen the competition made by the states and municipalities with their eventual games.

Nowadays, the Federal Lottery has a prize of 55.91%, with prize draws passing 43.35%, the instant lottery, 65% and fixed-stakes bets still have prizes ranging from 80% in physical verticals up to 89% in online verticals.