Início Legislation Deputy Vermelho calls for the reopening of casinos to stimulate the tourism... 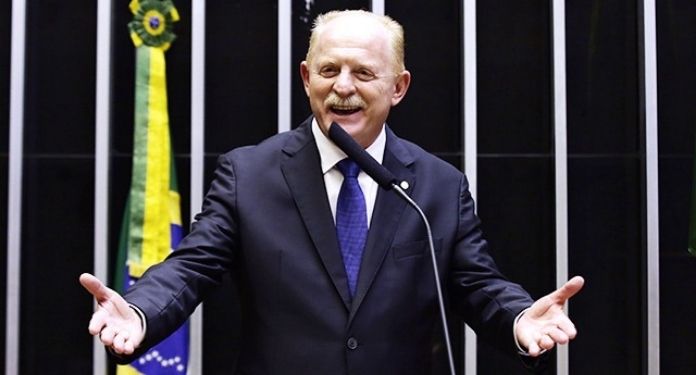 Federal Deputy Vermelho, effective member of the Tourism Commission, is intent on articulating a movement for the reopening of casinos in Brazil, with the aim of attracting more tourists, generating employment and economic development.

According to the Deputy, tourism was one of the sectors most affected by the pandemic, reporting the speech of Deputy Bacelar, president of the Tourism Commission, who also chairs the Mixed Parliamentary Front for approval of the Regulatory Framework.

The losses in the tourism sector in one year add up to R $ 290 billion, according to a survey, in addition to the loss of almost 400 thousand jobs.

Currently, there are five projects in progress in Congress that make gambling legal. The most complete is 442/91, also known as the Regulatory Framework for the Games, which is awaiting a vote by the plenary of the Chamber.

“We need to build the foundations for the resumption of tourism in Brazil and the approval of the Regulatory Framework will be of fundamental importance. The Regulatory Framework advocates not only the reopening of casinos, but the legality of all types of games, such as bingos, game of the animal, video-slots and online games “, argues Vermelho.

The deputy cited a survey by Instituto Legal, according to which about 200 thousand Brazilians left the country to play in casinos around the world before the pandemic.

“With that, Brazil exports players, consumption, dividends, jobs and foreign exchange that could remain here if the casinos were legalized”, adds Vermelho.

He recalls that in neighboring countries like Paraguay, Argentina and Uruguay, casinos operate normally and without problems. “It is necessary to end hypocrisy. It is no longer meaningful for Brazil to maintain the ban, not least because a good part of the games work in hiding”.

Vermelho defends the installation of casinos next to luxury resorts and hotels, which, in fact, would make large investments to promote artistic and cultural shows, moving other sectors of the economy and bringing more business opportunities to the country.

“According to statistics, Brazil stops collecting between R $ 16 to R $ 18 billion per year due to the lack of regulation of the games,” said the deputy. For him, the production chain would also benefit, generating jobs for taxi drivers, van drivers, waiters and hotel workers.

An ideal time to legalize casinos in the country

Attentive to political movements in Brasilia, Deputy Vermelho says that after the pension reform, the attention of the powers are directed to other segments, among them, the tax reform and the liberation of the games.

President Bolsonaro was not sympathetic to the movement for the legalization of games, but he can give the “green light” if the casinos are integrated into resorts and luxury hotels that could earn billions in public coffers at a time when the government needs to reinforce the cashier.

This casino / resort system already works successfully in the USA. “There are many entrepreneurs interested in investing in this field in Brazil. The moment is ripe and we need to make this proposal a reality”, concludes Vermelho.

Johnny Ortiz, Brazilian businessman, founder and president of Zitro, one of the world leaders in the manufacture and development of slots, videobingo and interactive games, had to invest in his activities outside the country, because gambling is not allowed here.

“It is absurd that I have to leave my country to be successful abroad. Today we have 300 engineers in our European unit, which demonstrates our strength as a company that generates jobs. Zitro wants to bring its expertise to Brazil and offer thousands of jobs. jobs and high tax sums, “he says.

The businessman also comments that Brazil receives around 6 million tourists a year and Andorra, a small country in Europe, where the game is released, receives 12 million.

According to the Legal Game Institute, the gaming market in the United States generates 1.7 million jobs / year and generates US $ 74 billion / year.

Of the UN signatory countries, 75.5% authorize bingo and / or casinos. Brazil, despite having an enviable tourist potential, maintains the ban on games, which leads them to go underground.