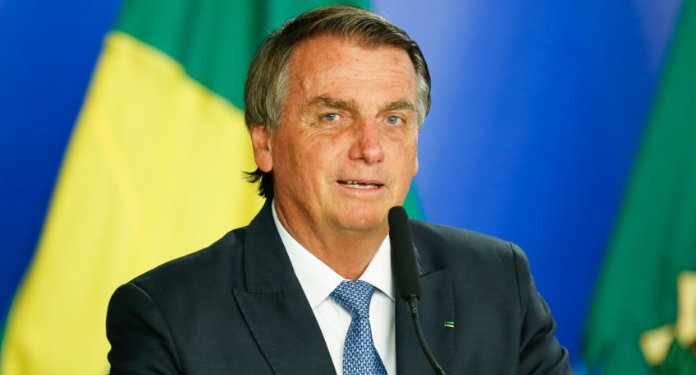 The current president and candidate for reelection Jair Bolsonaro (PL), said last Friday, 14, that the decree for the regulation of sports betting houses in Brazil is “mature” and “quite advanced”. The modality, which has been growing exponentially in recent years, has been allowed in the country since 2018, however, brands cannot be headquartered in Brazil, which ends up preventing some kind of collection by the government.

Despite the statement, the current president did not set a deadline for the regulation and did not give great details about the rules that will be imposed. Today, the main pending issue is to define the destination of the funds raised, according to Bolsonaro.

During an interview given to the podcast “Paparazzo Rubro-Negro”, the betting model was called “.bet” – based on the domains that a good part of the sites that operate betting use.

Referring to the segment, the president said: “This ‘.bet’ is quite advanced a decree to regulate it there. The ‘guy’ continues playing and the money goes out, so this is mature with the whole society”.

When asked about the issue of collection, Bolsonaro commented: “I don’t want it for the Treasury, I have too much money. The arm wrestling right now is where this money goes. the infrastructure”.

“We’re getting it right there. If a part goes to the third, second, first division [of the football championship]. I think the first can be left out”, added the president.

The president considers that sports betting is a separate case in the regulation of so-called ‘gambling’, as he does not agree, for example, with the release of slot machines; Following this line, Bolsonaro has already warned Congress that he will veto a possible project with the objective of releasing betting in Brazil.

“In Brazil, if you allow the issue of games, there will be a problem. Slot machines, in my opinion, cannot. The guy goes to the bakery to buy bread and comes back empty-handed because he played the slot machine there. So, there are games and gambling. I believe that Brazil is not yet mature enough to discuss this. Congress is discussing a project. As it stands, I veto it”, concluded the president.