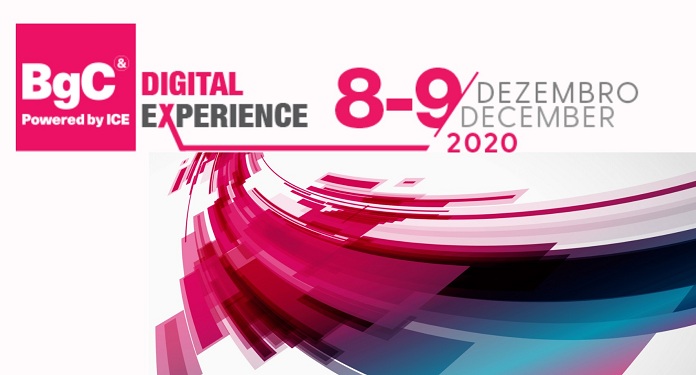 The 2020 edition of the Brazilian Gaming Congress (BgC) started on Tuesday (8) and featured some of the leading names in the gaming industry in the country.

This Wednesday, the last day of the event, the BgC Digital Experience had three more debates, which dealt with issues such as: the return of casinos in Brazil, the business model that should be implemented in the Brazilian market, in addition to Responsible Gambling and player protection.

Panel: The return of Casinos in Brazil

The first panel was moderated by the president of the Tourism Development Institute (IDT), Bruno Omori and dealt with the projects under discussion in the Federal Congress that evaluate the resumption of casinos in the national territory.

“We need collective work, the whole country coming together to demystify lies against gambling, there are advantages and disadvantages, but the advantages are far superior. We have to make a collective effort for the regulatory framework of gambling in Brazil,” said Regis de Oliveira.

According to the panel moderator, between 10 and 70 billion dollars could be injected in Brazil by the national and international market involving numerous sectors, in addition to billions of reais in taxes and foreign exchange. Omori also stressed that the approval of games could make the country “have a recovery in the economy to generate jobs and income”.

Asked about the debate on the legalization of gambling in the country, Senator Angelo Coronel said that “legalization comes late. Brazil loses revenue every year due to the hypocrisy of some fellow congressmen who see the games as an incentive to money laundering, we need to face the games with reality. And, we now need to go for the approval of resort casinos that will give a boom to the economy, added to other modalities ”.

He added: “It is important to remember that games are part of our daily lives. Today, illegal gambling surpasses legal gambling in Brazil. According to estimates, the legal market moved R $ 17 billion in 2019, while the illegal market generated R $ 27 billion. What does not exist is public policy for game resources and return to society ”.

Importance of the approval of gambling in Brazi

Moderator Omori asked the senator whether the games market would be approved if it were voted on at the moment in the National Congress. “I believe that the agenda has the necessary votes for approval, but it is necessary to dialogue and pass on to the population the benefits that the regulation will bring. Because it is not enough for the parliament to vote and approve, popular support is essential “, said Colonel.

Oliveira also pointed out the benefits of approving all modalities. “Bring to lawful all those who are illegally today and give dignity to these people, who will pay taxes. By the most modest calculations – with all gambling legalized – we will have about R $ 20 billion in additional resources. I would say what part would tax, job creation and human dignity. It is absolutely necessary that this be done, the legalization of the regulatory framework for gambling in Brazil ”.

Regis Oliveira also recalled that there is a possibility of approval taking place with the intervention of the Federal Supreme Court. “The ban on gambling is incompatible with the current Constitution and the STF has to respond. We participated in an action and if the Supreme Court finds that the prohibitive rule is incompatible, the game will be released in Brazil. The government just needs to regulate the game, ”he explained.

Ilana Klein revealed that Playtech has great interest in investing in the national market based on sector regulations. “Brazil, such a large country and the most important market in Latin America. We are waiting for regulation for all sectors, a complete ecosystem with omni-channel capacity. We are very excited specifically about the sports betting market, which is our primary business, ”he said.

Panel: Adapting the business model to the Brazilian market

The second chat focused on the “tropicalization” of business in order to achieve success in the Brazilian scenario. The moderation was with Thomas Carvalhaes (Brazil & LatAm Manager at Hero Gaming), who had the company of José Colagrossi (executive director of Ibope Repucom), Jennifer Innes (Managing Director of Bettingjobs.com) and Stuart Hunter (general director of Events at Clarion Gaming).

From that, Jennifer Innes stressed that “if you don’t have the customer base at heart, there will be no success in the market. There are companies trying to get closer, not only in the Brazilian market, using the wrong strategy and the wrong product, and people But to make a strategy relevant, it is necessary to have the human aspect ”.

In addition, José Colagrossi stated that there are three key points for success in Latin America: “If you don’t understand: taxes, regulations and culture, within LatAm, it will go bankrupt, because these three things affect any business to such an extent that if you don’t customize it, your business plan will fail ”.

Regarding the challenge of continuing to interact with partners and customers in such an unusual year, Stuart Hunter cited his experience. “LatAm has access to the proposal for lives. We created a digital proposal with an opportunity for learning and networking. But, ICE London is our main product that serves the world market and we are preparing to return next year, in the meantime we want to stimulate the live experience ”, he said.

According to Carvalhaes, Brazil is considered the next novelty due to its enormous potential. “But an important point is the demographics and the specific profile of the Brazilian player in betting. Therefore, it is essential to take this into account when preparing the strategy ”, he said.

The executive director of Ibope pointed out that “esports, I would say in the last two years, has been the fastest growing entertainment in Brazil, growing faster than traditional sports, music, cinema and theater. There is a lot of energy behind the day and great sponsors. And the profile of fans and players is quite diverse, in fact ”.

He continued: “Contrary to what many people think, we are not talking about children, teenagers or university students only. The public, more than half, of players and fans of esports, who play and watch, there is a large percentage of people over 35, employed and who watch and play because they decided to use their free time. And between 25% and 30% of the public is already made up of women, an audience that is growing ”.

And, in an attempt to explain the reason for the much faster growth of betting in esports than in traditional sports, Colagrossi stated that “society is moving towards digital. But, a point that we realized in the studies is that the punters do not just for the chance to win money or for the action, but for being connected with people who are also betting ”.

Panel: Gambling is serious: Corporate Governance & Compliance in the sector

The closing panel of BgC was moderated by Mauro De Fabritiis (Founder of MDF Partners) and dealt with best practices to ensure protection for players and mechanisms to prevent money laundering.

In addition, the conversation involved Itamar Pereira (Member of the International Association of Game Regulators and Technical Adviser to the Ministry of Economy) and André Gelfi (Managing Partner Brazil of the Betsson Group).

According to De Fabritiis, the gaming market grew between 2013 and 2020, but was negatively affected by the new coronavirus pandemic. Online stores are an exception, as they are growing even in this atypical year.

“The global online market is around 65 billion euros as our focus for 2020, driven by sports betting and casinos. But, how do we get to that point? Most countries have created regulations. Brazil should be regulated soon, we all expect that ”, he said.

The founder of MDF Partners also stressed that the market is the result of the actions of consumers, regulators and operators. “Each one must act in a way that defines a comfortable position to create a safe environment for the player.”

Trends in responsible gaming at LatAm

The moderator also questioned the trends, in terms of responsible betting attitudes in Latin countries compared to European markets

“There are countries that are improving and there are still countries that are debating the regulation, like Brazil. We are more immature than Europe. But going in the direction of what has been learned in Europe, these are the references. I believe and as part of the Betsson Group, responsible games are inherited, part of a mindset that we have ”, said Gelfi.

Mechanisms against money laundering in Brazil

Afterwards, De Fabritiis commented that the fight against money laundering and responsible gambling are the main games of regulation and “Brazil, like others in Latin America, has critical areas and problems related to this.

In Itamar Pereira’s view, these are the most important issues within the regulation. “And, I say more, it is the key aspect to convince society of how strong the regulation and the operation are. But, I think Brazil is prepared for that ”.

Pereira added: “And the Ministry of Economy is the sector of the Brazilian government that needs to make the regulation below the law. We have a specific regulation that was an order 537 of 2013 and deals with money laundering and its prevention in lottery operations. We are fully prepared for this step towards regulation in Brazil, considering what we already have in place in the country ”.

Finally, the representative of the Ministry of Economy mentioned the need to create a responsible gambling culture with the public. “I believe that we need to create a responsible gaming culture in a country that is making its first developments, like Brazil. Communicate to players how important it is to see betting as a fun and social activity ”.