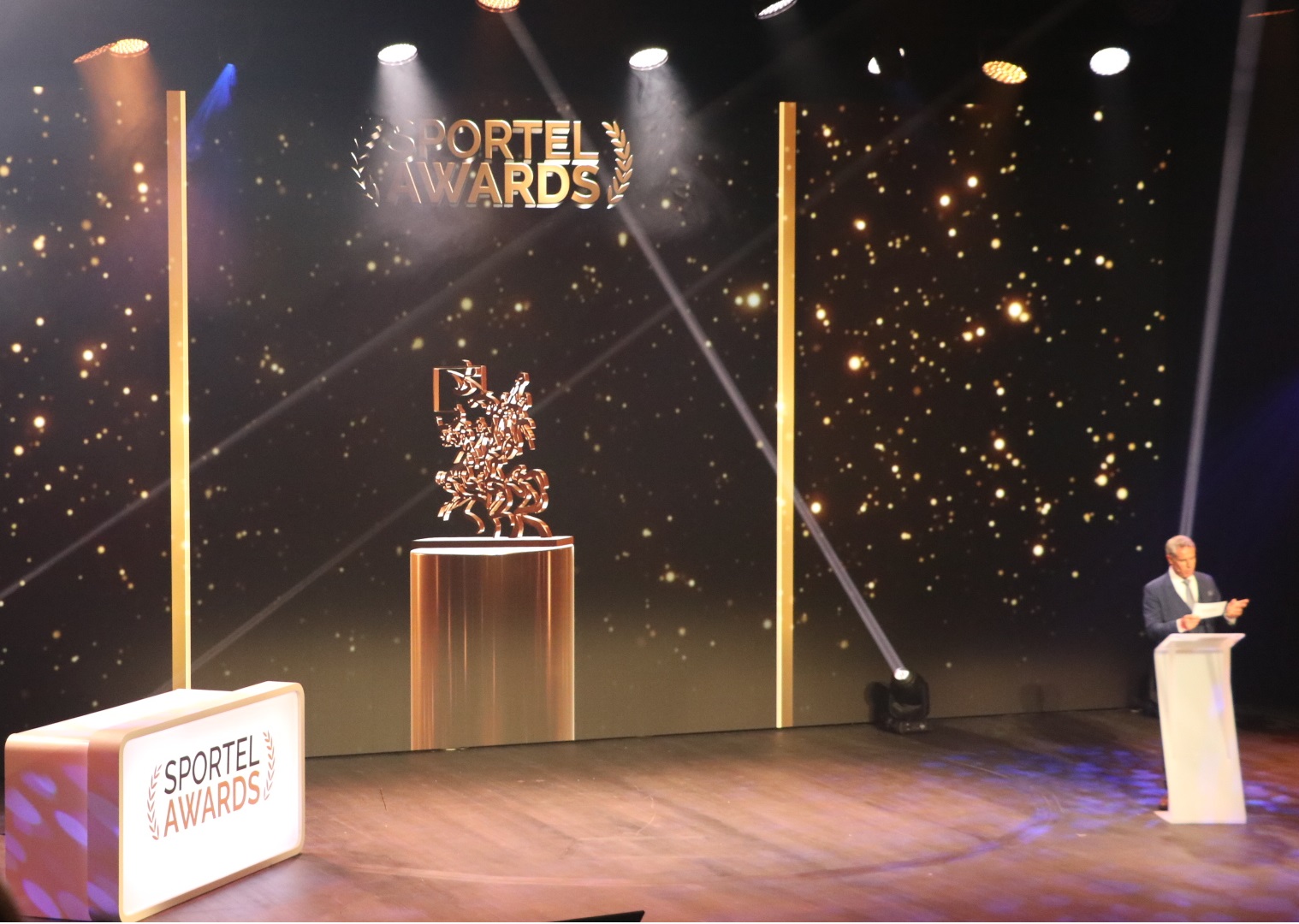 Under the Honorary Presidency of H.S.H. Prince Albert II, the SPORTEL Awards Ceremony took place this Tuesday, 5th, at the Prince Pierre Room of the Grimaldi Forum, awarding the most beautiful sports sequences and the best sports book of the year, in front of a prestigious audience of champions and personalities of the world of sport.

During the ceremony, several French medalists from the Tokyo Olympics and great champions took to the stage of this edition of the ceremony. In addition, the ‘Renaud de Laborderie Book Prize’, an award that highlights the most beautiful illustrated work in honor of sports photography, was awarded to “Le plus grand Livre de Basketball de tous les temps (selon Trashtalk)” from the Trashtalk editions, Marabout .

Peter Schmeichel, who was unable to attend the awards ceremony, left a message thanking the SPORTEL Awards for awarding him the Autobiography Award for his book “ONE: My autobiography”, which tells the details of his career as a football player.

At the height of the ceremony, Prince Albert II of Monaco presented the Special Jury Prize to Lyes Houhou and Arnaud Bonnin, Canal + for “Faut qu’on parle”.

The memorable night closed this beautiful edition of the SPORTEL Awards, which once again honored the greatest champions of the sport, as well as celebrating the performances of 20 French medalists from the Tokyo Olympics, who were present.

A rich and vibrant program at the SPORTEL Awards 2021

For three days, red carpets, photocalls, autograph sessions and meetings at various sports clubs in Monaco gave the public the opportunity to spend unique moments with their champions.

Again, this year two other events were co-organised. In collaboration with Webedia and the Monaco eSports Federation, the SPORTEL Awards hosted, for the second consecutive year, the exciting final of the French League of League of Legends. An event for Boxing fans also took place with the participation of Moughit ‘EL MOUTAOUAKIL’ and Matteo HACHE.

“I am convinced that the SPORTEL Awards must remain open to the public. Once again this year, we present a rich program of events aimed at the emotions that only sportsmen and sports images can offer fans”, concluded Laurent Puons, CEO of Monaco Mediax.

Check out the main images of the SPORTEL Awards 2021

The 2021 edition of the SPORTEL Awards had a select group of guests. (Image: iGaming Brazil)

The event took place in the Prince Pierre Room of the Grimaldi Forum. (Image: iGaming Brazil)

5. Tribute to the highlights of the year

The ceremony awarded the main highlights and most beautiful sports sequences of the year. (Image: iGaming Brazil)

The SPORTEL Awards were considered a memorable night for the sports industry. (Image: iGaming Brazil)

Throughout the awards, personalities and sport champions took to the stage. (Image: iGaming Brazil)

Several categories from the sports industry were awarded during the ceremony. (Image: iGaming Brazil)

Time of delivery of the Discovery Prize in this 2021 edition. (Image: iGaming Brazil)

Former player Peter Schmeichel was honored with the Autobiography Award for his book with the details of his career: “ONE: My autobiography”. (Image: iGaming Brazil)

One of the highlights of the evening was the presentation by Prince Albert II, of Monaco, of the Special Jury Prize. (Image: iGaming Brazil)

With expectations of breaking records and space dedicated to Brazil, ICE London starts this Tuesday