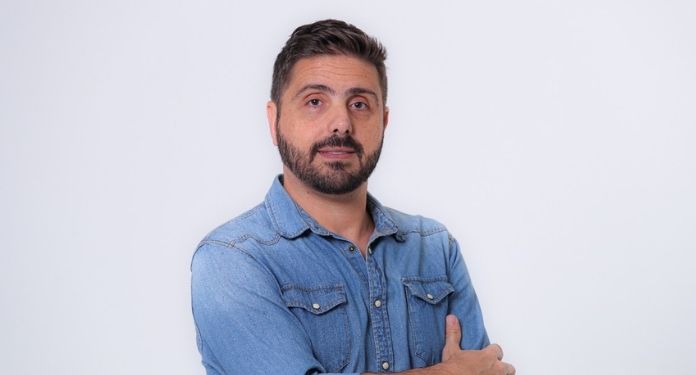 Jorge Nicola entered soccer through journalism, as he had no talent to be a player, according to his own words. Aged 41, since 2000, with pen and paper in hand, he has visited 15 countries, participated in two World Cups, one Copa America, one Club World Cup, some Libertadores finals and several other sporting events.

In 2015, he became a commentator for Espn Brasil and communicator for radio stations Bandeirantes and Bradesco Esportes FM.

He also works at the Superesportes portal and is a huge success with his exclusive YouTube channel, talking about soccer, of course, clubs, sponsorships, transfers and other topics related to the soccer world.

With 1.18 million subscribers, “Canal do Nicola” is the meeting point for those looking for information about the universe of this sport. And iGaming Brazil exclusively brings an interview with the journalist who also mentioned about SAFs, evolution of journalism, sports betting and other subjects.

Check out the exclusive interview below

iGamng Brazil – Why did you decide to become a sports journalist?

Jorge Nicola – I wanted to play professional socer player or become a surfer, but I didn’t come close to any of those dreams. I lacked the talent. So, the profession that would bring me closer to soccer would be sports journalist. And it was with this objective that I joined Cásper Líbero in 1999.

iGaming Brazil – Do you believe that the managements of clubs in Brazil are becoming professional or are they still amateurs, like years ago?

Jorge Nicola – There are cases and cases. Fortaleza, Ceará, Atlético-GO and Athletico, for example, were able to have absolutely professional management, even without the popular appeal of other clubs. However, there is still a lot of amateurism in the country. Santos, Vasco, Botafogo, São Paulo, Cruzeiro, Fluminense, among others, had leaders without any capacity and have sunk into debt in recent years.

iGaming Brazil – What do you highlight about the improvement in Brazilian soccer since your entry into the field? And what did you notice worse?

Jorge Nicola – Today, clubs are able to earn much more. Last season, just to mention a specific year, we had Flamengo with revenues exceeding R$ 1 billion, while Palmeiras surpassed R$ 900 million. This was unthinkable in the early 2000s. At the same time, clubs have moved away from journalists, interviews are always collective, there is little relevant exclusive content…

iGaming Brazil – What do you think about SAFs in Brazilian soccer?

Jorge Nicola – I think the solution to the amateurism that still reigns here. But the simple transformation into a joint-stock soccer company is no guarantee of success. Clubs need to be careful with their choice of partners. After all, they are delivering their story to investors.

iGaming Brazil – How could televisions improve the fan experience (issues of modernization of broadcasts, streaming, etc)?

Jorge Nicola – The TV networks will need to understand the evolution of the internet and technology. Fewer and fewer children watch conventional TVs. My two children, for example, practically do not stop in front of the television. And social networks, YouTube, Twitch and other news are dominating everything. I imagine that, in the not too distant future, clubs will sell exclusive content to their fans: games, highlights, goals, interviews…

iGaming Brazil – How do you analyze this surge of bookmakers in Brazil?

Jorge Nicola – Something that is here to stay. Today, 35 of the 40 Serie A and B clubs are sponsored by bookmakers. And with the regulation, which is being implemented, the estimate is for investments between R$ 50 billion and R$ 100 billion.

iGaming Brazil – Based on European soccer, in your view, how could clubs explore this new market more?

Jorge Nicola – Creating, encouraging and investing in an increasingly close relationship with his fans, but without ignoring any social class. You have to create content for the rich, those who don’t have a lot of money and also for the poor. Democracy is the soul of the soccer business.