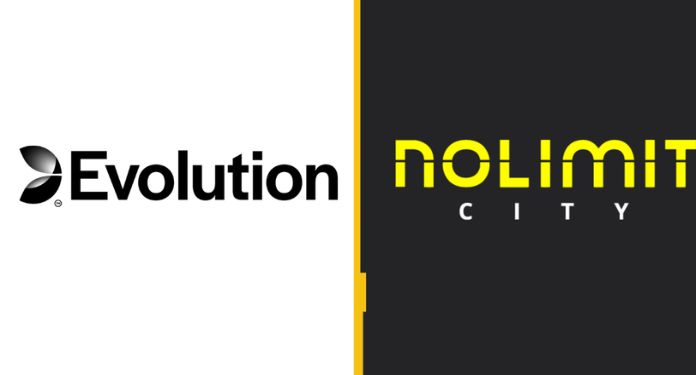 Evolution acquired Nolimit City by paying €200 million upfront to the online slot developer, with an additional €140 million to be paid in winnings. This culminates in a total of €340 million for all Nolimit City shares.

Evolution says the acquisition aligns with its strategy of providing customers with the “best” gaming content. Games Evolution will get from Nolimit include Mental, San Quentin and East Coast/West Coast.

Nolimit now joins a number of other game developers in the brand’s portfolio, including NetEnt, Red Tiger and Big Time Gaming.

The newest developer hopes that its merger with Evolution will help it achieve its expected revenue of €30 million and an EBITDA of €23 million for calendar year 2022.

The transaction is also expected to contribute positively to Evolution Group’s 2022 total revenue.

This is not entirely unexpected news. In November of last year, some outlets anticipated a new acquisition of Evolution in 2022, following its 2020 purchase of NetEnt for $2.1 billion, and its purchase of Big Time Gaming for $450 million in 2021.

The company continues with the intention of maintaining its strategy of strengthening its portfolio with more game providers.

Evolution President Jens von Bahr said, “With the addition of Nolimit City to the Evolution family, we have expanded our portfolio of truly innovative, cutting-edge games from the industry’s leading game brands and manufacturers.”

“We’ve been following Jonas, Emil and their team for a few years and we’ve been impressed to establish a completely new style of slots games. I’m proud that yet another of the best minds in our industry has chosen to join the Evolution network.” added Jens.

Jonas Tegman, co-founder of Nolimit City, added: “I can’t think of a better combination between two companies than between Nolimit City and Evolution, we are fully aligned in terms of people, product, technology and how to get the job done.”

“The slots vertical is undergoing tremendous change, and we can’t wait to take on the challenge of global expansion alongside Evolution, helping to navigate towards the best product offering on the market,” Jonas concluded.