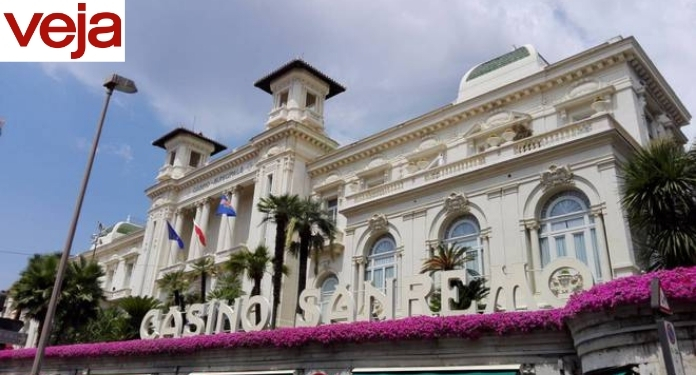 The return of activities during the pandemic is still a challenge for many regions of the world; some countries are looking for different measures to return to people’s normal schedule, gradually returning to business openings, casinos and public places.

Italy announced yesterday, Thursday (22), that it will adopt a measure of passes that prove the vaccination of people who wish to enter places of culture and leisure. The passes will allow a positive comeback for places like the Casino de Sanremo, one of Italy’s top casinos.

Veja prepared an article explaining how the pass will work and when it will come into force in the country.

Check out the news about the casino pass in full below:

The government of Italy announced this Thursday, 22, that as of August 5 it will require proof of vaccination for entry into various cultural and leisure spaces, following a similar model adopted by France.

The health pass will be used for gyms, public swimming pools, museums, casinos, cinemas and even indoor restaurant areas. The document, whether in digital or printed form, indicates whether the person has received at least one dose of the coronavirus vaccine, had a negative test result, or has recently recovered from the disease.

“We want to prevent an increase in contagion resulting in new closures, and the instrument we have is the vaccine. Therefore, the message is for them to get vaccinated”, declared the Minister of Health, Roberto Speranza, at a press conference.

The Council of Ministers also approved a decree that extends the state of emergency for another five months, until December 31, amid the increase in cases and concern about the Delta variant, with greater transmission power and which already represents 87.2 % of cases in the country.

Far from the approximately 40,000 daily cases registered in November, the peak of the pandemic in the country, cases have returned to grow considerably. The country went from an average of 727 new infections on July 1st to 3,070 on Tuesday 20th, according to data from the Our World in Data project.

In turn, Italian Prime Minister Mario Draghi said that, in this way, “Italians will be able to continue having fun, but with the guarantee that they will be among people who are not contagious”, defending the decree as “a measure that it generates serenity”.

The Executive’s objective, in addition to containing the virus, is to reinforce the vaccination campaign, as happened in France. The requirement made the French rush to the vaccination posts to receive the doses of the immunizers. Last Wednesday, the 14th, the number of people vaccinated in one day was a record: 1.3 million people.

The approval of the decree, which has yet to pass through Parliament, divided members of the governing coalition between those in favor of extending the use of the certificate, usually left-wing forces, and those who want to use it as little as possible, such as the League, from the extreme. -right.

As requested by the party, the certificate will not be required on public transport, although the government has committed to studying the issue from September, after the summer.