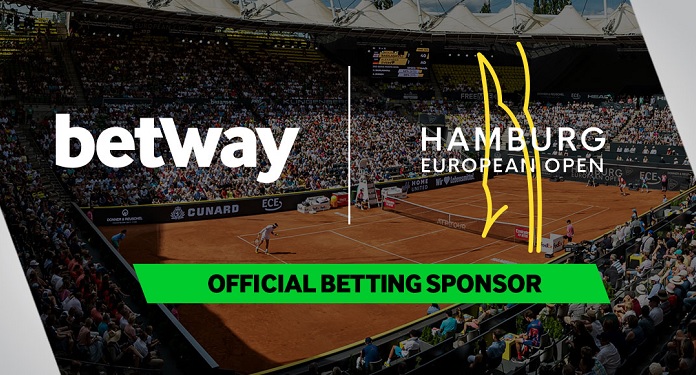 Betway has increased its involvement with tennis by becoming the official betting sponsor of the Hamburg European Open tournament. The championship is also known worldwide as the ATP Hamburg, a tennis competition organized annually in Hamburg, Germany. The tournament was part of the ATP Masters 1000 of the Professional Tennis Association circuit.

This year’s competition is set to run from July 16-24, as the sponsorship announcement seeks to further demonstrate the online betting and gaming brand’s commitment to supporting world-class sporting events.

“We are very proud to continue our fantastic relationship with the Hamburg European Open. This year, we are also extremely happy to create a piece of history by partnering with the women’s tournament,” said Anthony Werkman, CEO of Betway.

“It’s very important for women’s sport to receive support to allow it to grow, so it’s great that we can participate in this through our partnership with the Hamburg European Open,” he added.

The tournament hosted in Hamburg will feature players such as Danish rising star Holger Rune, Spaniard Alejandro Davidovich Fokina, top 10 player Danielle Collins from the US and tournament ambassador Andrea Petkovic from Germany.

Tournament Director Sandra Reichel also officially commented on the new deal with Betway: “We are delighted to announce the expansion of our partnership with Betway. The brand arrived last year at unusual times with a multi-year contract and have now committed even more generously to the idea of ​​a men’s and women’s tournament.”

According to the director of the competition, the betting company aims to make history in a tournament for both suits. “The group is supporting us in making history with the combined event returning to Hamburg after 44 years. In addition to being highly respected in their industry, Betway shares our commitment to creating a safe environment for customers. This was important for us when choosing a partner”, he concluded.