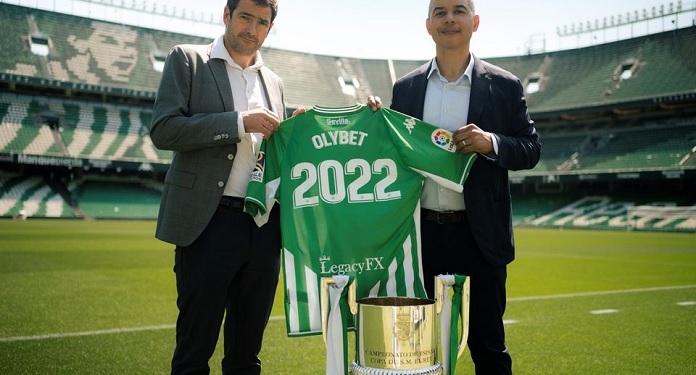 La Liga (Spanish Championship) fans in European countries with an operational presence of OlyBet have the possibility to participate through the betting environment of the sports portal, OlyBet.

Alarcon said: “The partnership with OlyBet, the region’s leading sports betting brand, provides a greater scale of digital platforms to engage fans and players and develop professional football as a major sports show.”

OlyBet has strengthened its business in Europe in recent years

The company currently has a strong online presence in the Baltic States and has expanded to several European countries in recent years.

Olympic Entertainment Group and OlyBet Group President and CEO Corey Plummer explained that OlyBet’s recent partnerships with international sports brands such as the NBA, NHL, ACF Fiorentina and footballer Luka Modrić have laid a ‘solid foundation’ for their growth in the European market.

Plummer continued: “Customers will now have more opportunities to engage with the football club through live streams and games, local events, social media and the best betting experiences in Europe.”

It is important to note that Real Betis has just ended a memorable season with the Copa del Rey title, as well as fifth position in the Spanish League.

Founded in 1907, the soccer club is located in the city of Seville and plans to offer its fans several opportunities with the new partnership, such as exclusive campaigns, original content, sports betting, tickets to games and events with the club’s players!

Pixbet is present at the biggest betting event in Brazil and is acclaimed ‘Sponsorship...