Início eSports Free Fire announces the launch of a skin for ‘Canarinho’, the Brazilian... 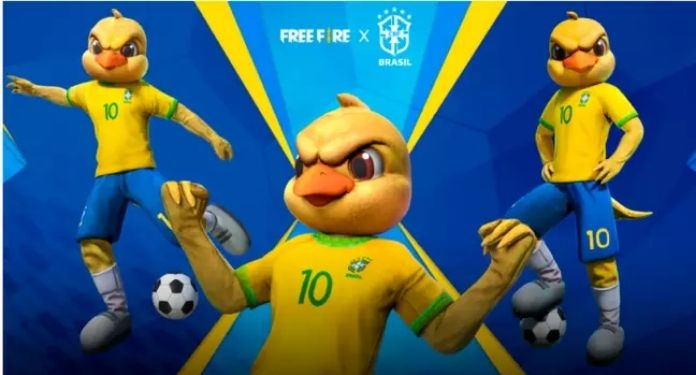 Free Fire announced this Friday (1) that, in partnership with the Brazilian Soccer Team, it will launch a new special skin. From next Tuesday, October 5th, the skin of the national team mascot, Canarinho, will be available to Battle Royale mobile players.

Garena announced in August a partnership with the Brazilian Football Federation (CBF), which includes a two-year sponsorship for all Brazilian soccer teams on the field.

In fact, in Brazil’s next match, against Venezuela (October 7th), Colombia (October 10th) and Uruguay (October 14th), the Free Fire codes will be on the edges of the field.

Currently, two skins from the Brazilian Soccer Team are in the game: the blue and yellow shirts, traditional for the five-time world champion team.

Along with the arrival of the Canarinho skin, the team’s goalkeeper shirts in green, black and gray also arrive.

Free Fire signs as sponsor of the Brazilian team

Recently, the Brazilian Football Confederation (CBF) announced a cooperation with Garena for the Brazilian team to join Free Fire, the most downloaded mobile game on the planet. The agreement allowed the team’s uniform to be inserted as a skin in the game.

Other exclusive items will also be added, which should become a sensation among fans of the game, as is the example of the skin of Canarinho. According to a statement from the CBF, game mobile is the new sponsor of the Brazilian team.

In addition to the actions in the online environment, the Free Fire brand will appear on advertising boards at the selection training venues, ticket arts and the backdrop for the interviews.

The contract is valid for two years. “The launch of the new Brazilian team skins will shake the Free Fire universe and, certainly, become a mandatory item for every ‘rushador'”, says the CBF note.

A partnership like this only further highlights the importance of eSports on the national scene.