Início Sports Betting Galera.bet is the new master sponsor of the Brazilian Championship 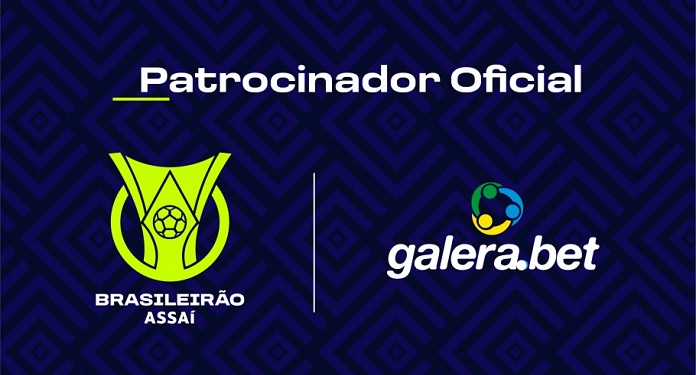 This Tuesday, 10th, the Brazilian Football Confederation (CBF) announced a partnership valid for the next three seasons. This is Galera.bet, which already sponsors the Brasileirão Feminino. From now on, the company gains exclusivity in the sports betting and guesses sector.

In addition, the bookmaker’s brand will be exposed throughout the competition. According to a note from CBF, the contract gives the right to offline, digital, branding, relationship, exclusive activations of experiences and is valid until the 2024 edition.

“Galera.bet is a brand created exclusively for the Brazilian market. No wonder we wear the colors of Brazil. Therefore, we are very happy to now be part of the Brazilian Championship. The Brasileirão Assaí talks a lot about the Brazilian, their passion, their rituals and also about our company”, said Asher Yonaci, CEO of galley.bet, before completing. “We have spared no effort to close this partnership and we are very excited about all the work that lies ahead.”

CBF’s Commercial and Marketing Director, Lorenzo Perales stressed that the partnership will also meet one of the main desires of Brazilian fans: the possibility of feeling even closer to the emotions of Brazilians.

“The intense interactivity with what happens at the Brasileirão Assaí is a characteristic that has already been detected and proven by the official social networks of the competition, the clubs and all those involved. digital engagement of the Campeonato Brasileiro. Brazilian fans will have this opportunity to interact and feel part of the competition”, said Perales.

Galera.bet is already preparing a series of actions for the Brasileirão

Directly linked to sports enthusiasts who like to challenge themselves in the world of sports betting, Galera.bet, which already sponsors Corinthians, Conmebol TV, in addition to the Mineirão and Allianz Parque stadiums, is also already preparing a series of actions for the course of the competition.

“The fans can expect a lot of new things. We will have special actions aimed at the Brazilian Championship”, said Asher, before emphasizing. “Our site is a safe environment, made for the player to live this game in a healthy way”.

Last year, the Brazilian Championship was elected the strongest competition on the planet according to the IFFHS (International Federation of Football – History & Statistics), ahead of the Premier League, the Italian Serie A and LaLiga, from Spain. On social media, the Brasileirão has more than 3 million followers on Instagram, 1 million on Twitter and around 250,000 on Facebook.