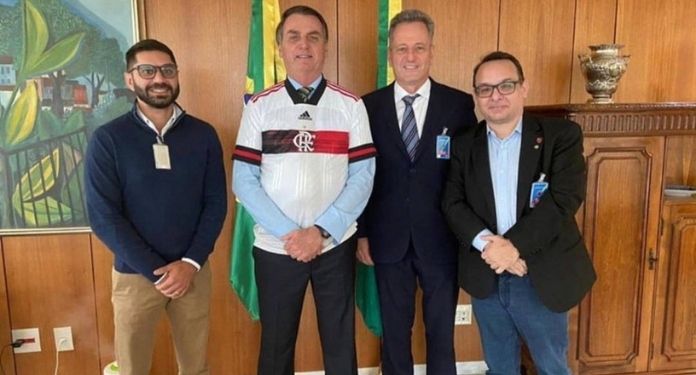 President Jair Bolsonaro signed this Monday (27) a decree that changes the standards for football clubs participating in the ‘Timemania’ of the Caixa lotteries.

According to the General Secretariat of the Presidency, the new regulation stipulates that clubs that participate in series A and B of the Brazilian Championship in the last biennium may participate in the aforementioned draw.

In a statement, the folder explained that the current model is “completely outdated”, as it considers exclusively the participating teams of the A and B Series of the 2007 Brazilian Championship. In this sense, the change brings a “flexible and dynamic model” .

In the lottery, in addition to 10 of the 80 numbers available in the lottery, players can also choose a team by heart. Those are the teams will change.

Thus, for the year 2021, for example, the clubs that participated in the national championship in the 2019/2020 biennium will be selected to be part of Timemania, in the next competitions, which run three times a week, with a draw of more than 70 clubs.

With Timemania, in addition to raising funds for application in social programs, such as the development of sports practices, the government implements a policy to recover football clubs’ debts with the Union.

Of the total amount collected from the bets, 46% is for the gross prize and 22% goes to football clubs. There is also the distribution of resources for some funds, for the Olympic and Paralympic committees and for the sports portfolio, currently at the Ministry of Citizenship.

The event and the signing of the decree

The decree was signed at a ceremony held at the Palácio do Planalto on Monday and should be published in the Official Gazette of the Union later today.

The event also marked the thousand days of President Jair Bolsonaro’s government. This week, he and ministers will travel to different regions of the country to celebrate this milestone.

Today, the president also signed a decree repealing 892 ineffective or invalid regulatory projects, enacted between 1943 and 2020.

At the event, Caixa launched a microcredit program that will offer loans from R$300 to R$1,000, directly through the Caixa Tem mobile app.

At the event, Caixa launched a microfinance program that will make loans between R$300 and R$1,000 available directly on the Caixa Tem mobile application.