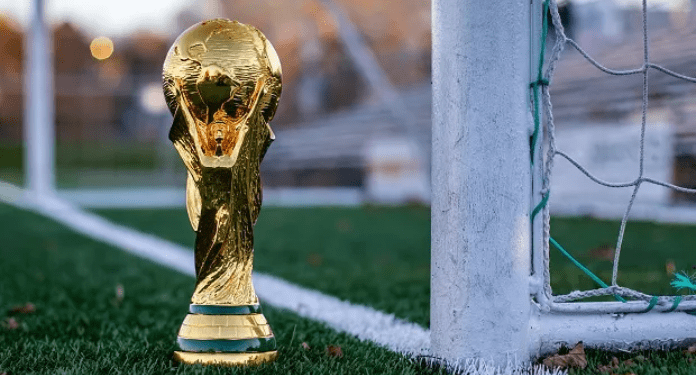 Brazil is considered one of the countries with the most potential in the iGaming sector, with an audience passionate about sports and gambling in general. In the case of sports betting, we have a large market to be explored and an audience that is extremely passionate about the sport.

Sports betting was approved in Brazil by then President Michel Temer, but since then no clear regulation of the segment has been established. The year 2022 was full of discussions and updates on the subject, but due to the electoral elections, the current president Jair Bolsonaro chose to hold the agenda and not advance to new stages.

Because of this, the World Cup – the biggest international competition in the world – started and Brazil has no rules on sports betting, thus losing a significant percentage of earnings from collection and taxes.

Folha de São Paulo published an article that portrays the situation and explains better what actually happened this year.

Due to the delay of the Jair Bolsonaro (PL) government, the World Cup in Qatar started without Brazil having basic regulations on sports betting. The Executive’s omission, according to supporters of the measure, causes a loss of revenue and leaves a gray area in which illegal operators can operate.

In December 2018, Congress approved a law that allows sports betting with fixed rates, that is, one in which the bettor knows how much he can win when he tries his luck. They are common in many countries around the world and are mainly done online.

The text, however, defined that the regulation should be made by the government within a period of two years, extendable for another two years — a period that ends on December 13.

Faced with the legal need to regulate the market, the Ministry of Economy sent a draft decree in March to the Civil House establishing the rules for operators to obtain authorization for gambling.

Even with the submission on time, the regulation has been blocked at the Planalto Palace for eight months due to political pressure from Bolsonaro’s allies.

The Civil House claims that it received the draft of the decree and said that, “so far, there is no forecast for publication” of the text.

Folha had access to the draft presented by the Ministry of Economy. It establishes general rules for companies to operate sports betting in Brazil.

According to the text, operators interested in operating in the country will have to request authorization from the Ministry of Economy. The period will be five years, and the company will have to pay BRL 22.2 million to open the process.

Foreign companies may operate as long as they establish a branch in Brazil.

Operators will also have to pay a series of taxes, such as Social Contribution on Net Income (CSLL), and pay Income Tax on the award.

They will also be required to promote responsible gambling awareness actions to prevent “pathological gambling disorder”.

“The exploitation of the lottery of fixed quota bets is conditioned to the adoption and implementation of policy, procedures and internal control aiming at the prevention of money laundering and the financing of terrorism and the prevention of fraud”, says the draft.

Currently, there is already an active market in Brazil, with companies that even sponsor a series of Serie A teams of the Brazilian Championship.

But, without regulation, these companies, headquartered abroad, can operate on Brazilian soil without having to pay taxes or render accounts to the government. This creates, according to specialists, not only greater scope for corruption and money laundering schemes, but also prevents the country from having revenue from the activity.

“The government had four years to regulate sports betting and has not done so until now. We all know that bookmakers exploit the Brazilian market through a legal loophole, the so-called ‘gray market’, and Brazil does not see the color of this money,” says Udo Seckelmann, a lawyer specializing in sports and betting at Bichara e Motta.

He recalls that the World Cup boosts the movement of money in sports houses, including people who don’t usually play, but, just as they make a pool during the tournament, they also risk their luck at this time.

“The Cup is the most important sporting competition in the world, the betting sector has a movement of millionaire figures. Without regulation, companies will continue exploring, but without consumer protection, without raising taxes or creating jobs”, he says.

Lawyer Roberto Lasserre, representative of the Brasil Sem Azar Movement, is critical of the regulation proposal made by the Ministry of Economy. For him, there are gaps in the text that make it difficult to monitor financial crimes, such as money laundering and tax evasion.

“It’s a lot of money flowing without this type of control, and it’s no use just putting electronic money, credit card, because the banks themselves invest a lot to try to fight card fraud [and even then the problems exist]. How do you guarantee it? that there is no fraud without supervision?”

“[The draft] is not enough, I think we have to work hard [to fight addiction]. One idea would be to advertise this type of bet from a certain time of day. day, teenagers are coming back from school, children are watching”, he defends.

The Ministry of Economy’s plan was for the decree to be published by the Presidency shortly after the publication of a provisional measure that would deal with sports betting.

In the first semester, the government’s political articulation closed an agreement with the leadership of the evangelical group. According to two deputies with knowledge of the matter, the agreement involved leaving the rapporteur for the proposal with one of the deputies of that group, to prevent tortoises from being included to expand the legalization of gambling.

Despite the agreement, a wing of the bench managed to convince President Bolsonaro not to edit the text before the election, to avoid the risk of losing evangelical votes.

Sought, the leader of the evangelical bench, Deputy Sóstenes Cavalcante (PL-SP), did not manifest.

Deputy Eli Borges (PL-TO), also from the evangelical front, believes that the regulation of sports betting is a “lesser evil”, but it can boost other more problematic guidelines in his view.

“We understand that this partial search is not so serious, but it is the beginning of everything they want, which is to reach the end of the legalization of gambling, such as casinos. That is why I am against gambling in Brazil”, stated.

The president of the Instituto Brasileiro do Jogo Legal, Magno José, believes that the delay for the government to regulate sports betting is linked to the way gambling is seen in Brazil.

“Games and betting are treated as a question of customs, and this discussion has already been overcome abroad. It is an economic activity, the whole world treats it that way”, he said.

He claims that, by not regulating betting, the government is remiss and can open up space for operators to be authorized in Brazil through judicialization.

“There is a gray area. If the regulation does not come out on December 13, the entrepreneur will ask the Ministry of Economy to operate the physical bet and, without the decree, he may end up obtaining authorization through the judicial process.”

“Even without regulation, the 2018 law remains full. There is only one way to adjust sports betting definitively, and that involves issuing the provisional measure and the decree”, he adds.

For Magno José, the regulation would have four main objectives: giving the State control over betting, establishing clear rules for responsible gambling, increasing tax collection and creating norms to avoid manipulation of results.