Início Sports Betting Galera.bet bets on partnerships with fan clubs to leverage its brand in... 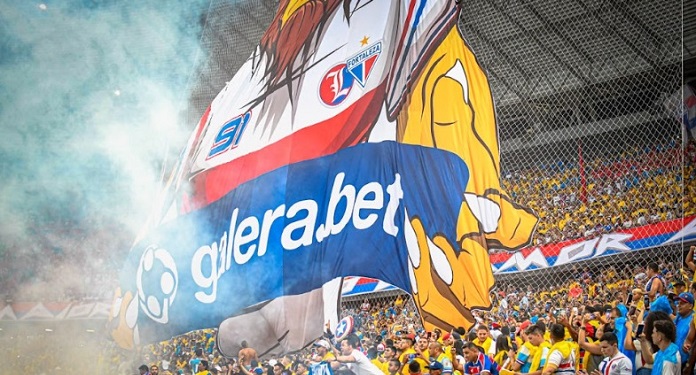 The betting site galera.bet saw in uniformed supporters a way to leverage the visibility of its brand and at the same time unite them all in a common objective: the promotion of responsible gambling.

“We have the player as our hero of the journey. And who better than the fan to be the most important player? And how do we manage to mirror that? In the crowds, in the fans. They are the ones who make the sport”, Ricardo Bianco Rosada, CMO of galley.bet, told Istoé DINHEIRO.

Aware of the historical rivalry and violent cases among Brazilian fans, Rosada stressed that there is a non-aggression agreement between the partners, in addition to praising the actions of the organizations themselves, such as the distribution of food and clothing campaigns in communities.

Currently, galera.bet has partnerships with 13 fan clubs: Gaviões da Fiel (Corinthians), Mancha AlviVerde (Palmeiras), Raça Rubro-Negra (Flamengo), TUF Lions (Fortaleza) and Torcida Jovem Amor Maior (Ponte Preta). “We should reach a maximum of 15. Some were not in line with what we see.” The bookmaker’s objective is to generate engagement and enlightenment among sports fans about the functioning of the betting market.

galera.bet, according to Rosada, does not provide financial support to fans. The agreement includes a subsistence allowance and focuses on the use of resources in cultural and social activities of the partners, such as leasing tables and chairs for festive events, production of shirts, banners and mosaics for events and shows on their courts and in stadiums. In return, the brand is stamped on physical banners, banners and t-shirts, as well as posts on social networks.

In addition, the betting company sponsors the men’s and women’s teams of Corinthians and the Série A of the Brasileirão. “The agreement with Corinthians is for R$40 million in total, for five years [2021 to 2025]”, said the executive. The relationship with the CBF will last for three years (2022 to 2024).

Linked to Playtech, one of the world’s largest groups in gaming technology, galera.bet operates in Bulgaria, Cyprus, Gibraltar (Spain) and Tel Aviv (Israel), and is awaiting the regulation of betting in Brazil. “This would contribute to the issue of prevention of money laundering and education in the game”, added the executive.

According to Rosada, the bet is part of Brazilian culture. “At the Mega Sena da Virada, around 70 million tickets were sold. It’s a lot”, he said, highlighting that there is “a false prejudice or a lack of knowledge that frightens.”

According to the representative of galera.bet, the world average of the lottery is equivalent to 0.56% of the Gross Domestic Product (GDP) of a country. In Italy, the United States and France, for example, the average ranges from 0.9% to 1.8%. In Brazil it is only 0.2%. “It is a very underexplored segment. You have a guy alone [Box]. It settles there,” said the CMO. For him, the sector could grow five times in up to 24 months.