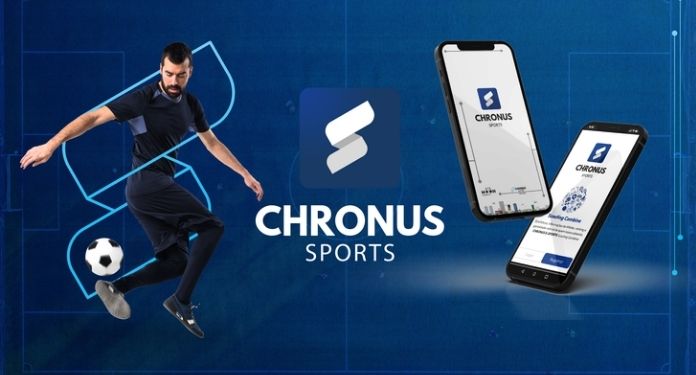 Developed by the Franco-Brazilian company Mooh!Tech, the Chronus Sports application will present reports with technical, health and reputation attributes of players, which can be analyzed by clubs and entrepreneurs.

The platform, launched this week, analyzes videos of televised games and materials submitted by athletes to extract technical reports. The technology was designed in partnership with US-based companies Tribally and Spain’s FootCoin.

The current Brazilian champion, Atlético-MG, and forward Hulk, a highlight of national football, have already officially confirmed that they will register with Chronus Sports. The announcement of the player and the club was made in partnership with FootCoin, one of the investors in the app.

The application is aimed at the entire ball market and generates cards similar to games, establishing a ranking based on attributes. In practice, managers, coaches and managers will be able to access player information, match history, technical reports, physical conditions and even the public image of athletes.

Through information, Chronus Sport Tech, which will be open for registration from May 10th, outlines profiles and rankings.

In line with the news in the world of football, the application will also address the universe of crypto-assets. After verifying their profiles on the platform, players will also be able to generate revenue by selling their cards as NFTs, individually or collectively, in partnership with clubs.

“The application arrives to professionalize the processes of comparison between athletes, in addition to bringing aspects such as the NFTs, a relevant theme in today’s football. There is also the social function, of giving visibility to amateur athletes, who work in ‘ghost conditions’ and will be able to register their work for evaluation on the platform. The idea is to revolutionize the relationship between athletes, clubs, managers and entrepreneurs”, explains Everton Cruz, CEO of Mooh!Tech.

Coach Abel Ferreira, from Palmeiras, has already publicly stated that he uses the game “Football Manager” to evaluate opposing players and approve signings.

The Portuguese declared that the game’s statistics are very close to reality, and provide physical, technical and mental reports about the players. Other names in world football such as José Mourinho and Felipe Melo have also assumed that they often play Football Manager.

José Rozinei Da Silva, investor in FootCoin, Moohtech and International Director of New York at Pronatura International, talks about the app: “We see enormous potential in the app, it will revolutionize and professionalize existing relationships in the world of football. It’s something unique , which unites the particularities of football with the modern, connected world”.

“It is a platform that will bring information, connection and will even promote the generation of income for clubs and athletes, through the NFTs”, adds Rozinei.

Some actions and partnerships of the developer of Chronus Sports

Developer of the app, Mooh!Tech already operates in the sports market and uses the “Chronus i-Passport” technology, aimed at the health area, in events.

During the pandemic, the tool was used at the Interlagos GP, which brought together more than 180 thousand people, at the Super Bowl, for 7 thousand viewers, and at the Indoshinhe show, in Paris, at the Stade de France.

In football, the company is an official partner of the CBF (Brazilian Football Confederation) in national team matches. The qualifiers against Paraguay, in Minas Gerais, Uruguay, in Manaus, and Colombia, in São Paulo, made use of the company’s prophylaxis passport, which monitors vaccination control.