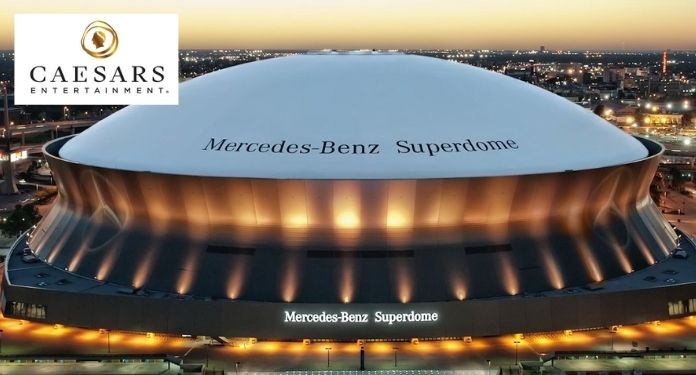 Caesars Entertainment is set to acquire the naming rights to the Superdome stadium after Louisiana state authorities gave the green light to the $138 million deal over 20 years.

The home of the National Football League (NFL) New Orleans Saints was formerly known under the name ‘Superdome Mercedes-Benz’, with the 10-year deal, reportedly worth between $50 million and $60 million, maturing on March 31 July 2021.

The long-established naming rights deal comes after Caesars became the NFL’s first official partner in January 2019, in a deal hailed as a “sponsorship of reference.”

The transition to new sponsorship of naming rights is said to be implemented before the first preseason game, which will be held on August 23, 2021.

The agreement adds that all signage and logo placements must be in the same locations as the existing Mercedes-Benz sponsorship brand and associated assets.

In a document outlining the final details of the partnership, it reads: “Caesars is an international brand with a strong presence in Louisiana. The Caesars Superdome represents the state of Louisiana, Louisiana’s most prominent multipurpose sporting event facility, which it is also recognized around the world”.

“Caesars Entertainment will promote this prominent installation in its marketing efforts and will serve as ‘brand ambassador’ for New Orleans-based events.”

Gov. John Bel Edwards is also expected to sign the statewide mobile and retail sports betting bill, which analysts say could attract more than $2.5 billion annually and more than US. $200 million in operator revenue.