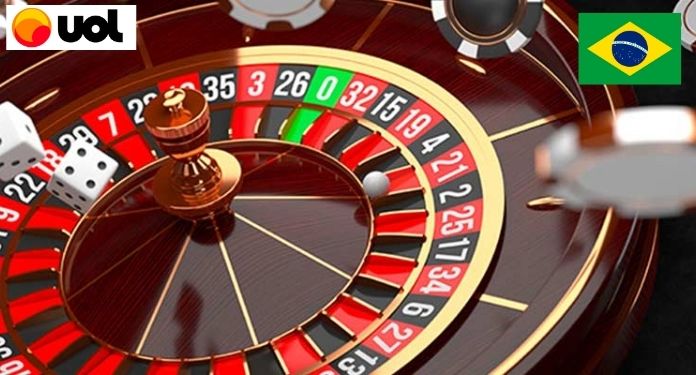 The release of gambling in Brazil is an issue that has been debated for a long time. Recently, we can see several deputies calling for the release of games and casinos in Brazil, where they justify themselves with facts, that this type of entertainment is fundamental for the economy.

The Government and Congress try by various means to release gambling, as currently, several regions around the world benefit from it. The UOL news portal has prepared a complete article talking about how the process for releasing gambling in Brazil is going.

Members of the federal government and parliamentarians are trying to legalize casinos, Jogo do Bicho and bingos, in addition to defining clearer rules for electronic games, poker, snooker and others, when the ban on gambling in Brazil has just completed 80 years.

Exploring games of chance has been considered a criminal misdemeanor (a less serious offense than a crime) since 1941, by virtue of a decree-law signed by then President Getúlio Vargas.

In an interview with Veja in September, President Jair Bolsonaro (non-party) said he does not support the legalization of gambling. “I think there will be more to lose than gain at the moment. If by chance it approves, I have my veto, which is natural, and then Congress can overturn the veto,” he said. The statement is seen as a nod to the president’s evangelical base, which is generally opposed to gambling.

This is because the Ministries of Economy and Tourism have proposed discussions and studies on legalization, which is advancing little by little in Congress.

Critics of legalization say it would encourage crime and would have a high social cost, not outweighed by the benefit to the economy.

In September, the president of the Chamber, Arthur Lira (PP-AL), created a working group to update a proposal for a regulatory framework for gambling, with the legalization of various modalities. The president of the Tourism Commission, Deputy João Carlos Bacelar (Pode-BA), said that a report should be published by November 2021.

In the Senate, specific proposals on casinos have advanced in recent months and are awaiting a report. There is a project by senator Ciro Nogueira (PP-PI), current minister of the Civil House, which regulates Jogo do Bicho, bingo, electronic gambling, casinos in resorts, among others.

There is also the expectation that the STF (Supreme Federal Court) will judge an action to determine whether the ban on gambling remains valid. The process was even scheduled in the first half of 2021, but has not been judged and is not expected to resume.

If the STF overturns the ban, exploiting games of chance will no longer be a misdemeanor. But this is not the path expected by those involved in the legalization agenda, as the activities would still need regulation — something that would not be the responsibility of the Judiciary.

Casinos could operate legally until 1946, when Eurico Gaspar Dutra banned them, with justifications such as “the moral, legal and religious tradition of the Brazilian people”.

Some members of the government are working to legalize casinos in hotels with large entertainment facilities (such as concert halls and convention centers) — so-called integrated resorts. But there is resistance from the evangelical basis.

The topic was discussed at the meeting of President Bolsonaro with his ministers on April 22, 2020, which had a video released by order of the STF. At the time, pastor and minister Damares Alves (Women, Family and Human Rights) compared the initiative to a “pact with the devil”.

Damares, let them f*** themseves the way they want. Especially if you are of legal age, vaccinated and billionaire. No unprotected Brazilians go there. Minister Paulo Guedes, in April 2020

In March 2021, the government contracted a study financed by the Inter-American Development Bank to analyze areas that could receive these resorts, in a project for the recovery of tourism after the pandemic.

In August, the secretary of lotteries at the Ministry of Economy, Gustavo Guimarães, held a public online event with industry executives to discuss integrated resorts.

Some bills in Congress propose a more comprehensive legalization. One of them provides for the authorization of a fixed number of casinos per state, which varies according to the population.

The post-pandemic world market inhibited investments in integrated resorts, so we are opening up other possibilities, given the need for resources to promote Brazilian tourism. João Carlos Bacelar, president of the Chamber’s Tourism Committee

Commercial bingos and slot machines were banned by a provisional measure converted into law in the first term of Luiz Inácio Lula da Silva (PT), in 2004.

The ban was a reaction to the crisis generated by the release of a video in which an ‘an adviser to the former president asked a businessman in the field for a bribe for campaigns’—a fact that led to the CPI of Bingos.

Since the ban, only non-commercial bingos can operate (in churches and non-profit associations, for example).

The regulatory framework under debate in the Chamber and the project of the now minister Ciro Nogueira in the Senate provide for the legalization of the modality.

According to deputy Bacelar, the Jogo do Bicho should also be legalized sooner or later.

For 80 years, the Jogo do Bicho was banned and it hasn’t ended. On the contrary, it just grew. Deputy Bacelar

The deputy affirms that the tendency is to release a provisional authorization for the “bicheiros” until the process of granting legalized operators is completed. This concession would depend on criteria such as proof of technical capacity, head office in Brazil and “moral suitability”.

It is not yet clear how offenders who are often involved with militias and other criminal organizations with a long criminal record will be able to prove their moral integrity.

The only way to legalize the Jogo do Bicho is to allow the current operators to assume the regulated activity, says Magno de Souza, president of Instituto Jogo Legal, an NGO that advocates the creation of a regulatory framework. “Otherwise, the bicheiro will continue to offer game in the parallel market.”

In 2018, at the end of the term of Michel Temer (MDB), the fixed-quote modality for sports betting was created. People bet on real results (like the score of a match or the winner of a fight) and know in advance how much they will win if they get the prediction right.

Despite legalization, the modality remains unregulated, which only depends on an act of the Executive Branch. This means that gambling sites have been operating legally in Brazil for almost three years without inspection or tax collection. The government estimates that the activity moves R$ 2 billion per year in the country.

Magno de Souza says that there are more than 400 sports betting sites in the world that can be accessed by Brazilians, and that all also offer online games such as slot machines and poker. Many sponsor soccer teams from Brasileirão.

The law says that the federal government has until December 2022 to make the regulation, but does not define any consequences if there is a delay. Sports betting should be a public service of the Union and the states, which may delegate the activity to private operators.

According to the lottery secretary, Gustavo Guimarães, regulation is a priority for the Bolsonaro government. He says that the decree has not come out yet because only a few months ago a change was passed that finally made it possible for foreign investors to come. The change he refers to took place in July and reduced taxes and contributions levied on websites.

Attorney Ricardo Feijó, a specialist in games, says that the change in the law was important, because it brought Brazilian taxation closer to that practiced in other countries and reduced the risks for operators. But, as the regulation has not been published, the government still does not collect or supervise, which brings losses to the public coffers and to the gambler.

What if the site doesn’t pay you, pays wrongly or cancels the bet? In all these complications, you are vulnerable, because you will have great difficulty sueing the site here in Brazil. Ricardo Feijó, lawyer

Poker and other skill games

Feijó says that some gambling, although they depend mainly on skill, are still seen by some as games of chance. “Poker is the prime example, because it is traditionally played in casinos, using cards and betting chips. But the outcome does not depend overwhelmingly on luck.”

Skill games are not prohibited. Thus, a federal decree defining poker as a game of skill is seen as sufficient to attract tournament organizers, generating jobs and collecting taxes.

The same goes for other sports such as pool, chess and electronic gambling.

Guimarães, lottery secretary, confirmed to the report that the regulation should still come out in the Bolsonaro government, with the objective of stimulating the economy and collecting taxes. The Ministry of Economy estimates it will generate R$2.2 billion in public revenue.

Auditors are against the legalization of casinos and gambling

In Brazil, institutions such as Anfip (National Association of Tax Auditors of the Federal Revenue) and the NGO Brasil Sem Azar militate against the legalization projects.

Vilson Romero, coordinator of socioeconomic studies at Anfip, says that games of chance are rooted in Brazil, both by Caixa’s official lottery and by clandestine establishments and international websites. Still, according to the retired auditor, legalization will be a stimulus to criminality, as the country does not have the structure to oversee the activity.

There will be an incentive to prostitution, drug trafficking, money laundering and gambling [gambling addiction]. It is a high social cost that will not be offset by the promised revenue or job creation. Vilson Romero, from Anfip

Advocates of legalization, such as Deputy Bacelar, claim that games of chance are unavoidable and, therefore, it is better for the government to be able to control activity and collect from it. “The gambling will be illegal or legal. There is no chance of not having gambling”, says the congressman.