Início Sports Betting Pelé Law can be changed and pass on part of the amount... 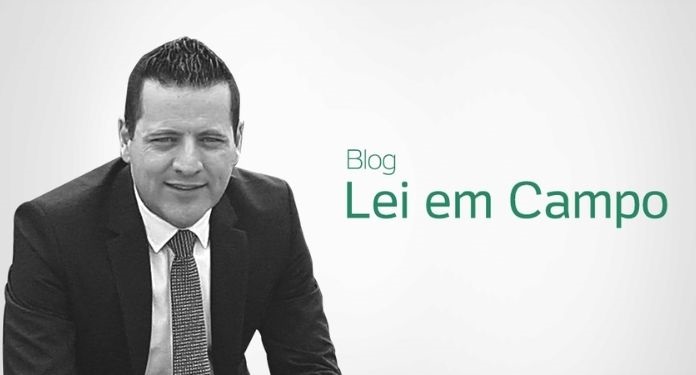 Well known in the sports field, the Pelé Law (Law 9.615/98) may undergo some changes throughout this year. The Sports Committee in the Chamber of Deputies began debating several changes based on Bill 1,153/19, rapporteur by Deputy Felipe Carreras (PSB-PE) and authored by Senator Veneziano Vital do Rêgo (PSB-PB).

According to Coluna Lei em Campo, from Portal Uol, the changes should include a specific retirement for Olympic and Paralympic athletes, the end of the ceiling of image rights of athletes in football and the transfer of part of the amounts collected with online bets to the national sport.

Another topic that is being evaluated refers to betting sites and a possible taxation of companies in this segment, something that still does not happen in the country. Today, around 450 bookmakers operate in Brazil and the revenue from these businesses could reach triple what is obtained with Loterias Caixa and support Brazilian athletes.

Law 9,615/98, popularly known as the Pelé Law, may undergo important changes in 2022. In recent months, the Sports Commission in the Chamber of Deputies began to discuss a series of amendments through Bill 1,153/19, of report by deputy Felipe Carreras (PSB-PE) and authored by senator Veneziano Vital do Rêgo (PSB-PB). Among the novelties is the creation of a special pension for Olympic and Paralympic athletes, the end of the ceiling on image rights for football players and the allocation of part of the money raised from online betting to sports, for example.

Lawyer Maurício Corrêa da Veiga, a specialist in sports law and columnist for Lei em Campo, will participate in the debates on changes to the Pelé Law in the Chamber of Deputies and said what he thinks about the proposal. “The PL was intended to improve the protection of grassroots athletes. However, its scope is much greater, as can be seen from the Rapporteur’s substitute, which brings very positive issues such as the training of physical education professionals, the national sport plan and recognizes the sports organization as a Brazilian cultural heritage”, says the lawyer, who adds:

“The repeal of article 87-A (image right) came at a good time, given that its wording bordered on unconstitutionality, as it mixed different legal issues, such as salary and the right to image, which is a right of the personality guaranteed in the Federal Constitution. Therefore, there is no need to talk about linking the amount received as image rights with the salary received by the athlete. In addition, the reduction of the minimum value of the compensatory clause is very positive, considering that the early contractual breach, on the initiative of the club, could not guarantee the payment of the entirety of the remaining salaries as a minimum value”.

The expectation is that the conversations around the Carreras PL will be intensified in February, after the return of the parliamentary recess. The changes should affect sport in general, such as Olympic/Paralympic, football and others.

One of the main novelties foreseen in the text of the PL is the creation of a new category of Bolsa-Atleta, a program to help high-performance athletes. There is also a proposal for the creation of a pension for athletes who conquer, throughout their careers, Olympic or Paralympic medals.

“These high-performance athletes have had a life dedicated to sports since their youth, giving up family, friends, a university. They travel a lot and retire early, but often, when they stop, they don’t have a job placement. It’s very bad to see a world champion struggling to pay a ticket”, said deputy Felipe Carreras to ‘Estadão’. Check out some of the main changes planned:

Among the changes in the Bolsa-Atleta program is the inclusion of a portion of the 13th benefit and the expansion of the program for guide athletes, considered fundamental for the development of Paralympic modalities, and coaches of different sports. According to the rapporteur, these professionals, as they are dedicated to high-performance competitors, deserve a greater bonus.

“With regard specifically to football, the PL promotes some changes that, undeniably, restore past situations, which had already been the subject of extensive discussion and modernization. Hence, I consider much of the text a setback. Other changes, however much seem relevant, do not seem to me to be enough to change the context that justified them. Other proposals, still, seem to me to be unconstitutional and, therefore, may be modified when subject to the due controls of constitutionality”, evaluates Marcel Belfiore, lawyer specializing in sports law.

The main change planned for football is in relation to the removal of the limit to be received by players for their image rights. Under current legislation, the athletes’ employment contract provides that the amount paid by the clubs is a maximum of 40% of the contract value. According to the text, the revocation of the excerpt is based on the possibility that the image right has a value proportionally greater than that stipulated by the current legislation. The change is a request from the clubs and the Brazilian Football Confederation (CBF).

For Marcel Belfiore, the change in relation to image rights is a step backwards. “The PL proposes to revoke the sole paragraph of article 87-A, which defines that the amounts received by the football player as image rights cannot exceed 40% of the total amount of remuneration. In my opinion, this revocation is also a setback, as it will allow clubs to freely agree on values ​​for licensing the image of athletes, as it was before 2015, and transfer again to the Labor Judiciary the prerogative of deciding on possible disproportionalities between amounts paid between salary and image, something that certainly will occur again, generating legal uncertainty”.

In addition, another part of the text suggests expanding the rights of athletes in training and the obligations of their respective paying clubs to guarantee basic conditions for the practice of activities – food, security of accommodation, school enrollment, hygiene and salubrity -, these being rights required for teams wishing to have the “trainer” certificate.

It is worth mentioning that less than 50 of the almost 600 clubs linked to the CBF have the certificate, which guarantees them the right to receive a percentage of future transfers of athletes. “It seems inappropriate that the vast majority of athletes in training are unprotected – in terms of federal sports legislation – from any guarantees, as to safety, physical integrity, educational, psychological and medical assistance. In this sense, we seek to change the legal system to guarantee measures protective measures to these thousands of athletes, in addition to the list of soccer training clubs”, says an excerpt from the PL.

“The PL significantly increases the list of obligations for the club to be considered a trainer, and thus to be entitled to the benefits that the law establishes for these clubs, such as the right to professionalize the athlete in training. In theory, the purpose of the new text is to protect athletes, who will have access to a greater number of rights and benefits, but, in practice, this can only result in a smaller number of clubs recognized as trainers by the sports administration entity, while the majority of clubs, with less resources, may even give up trying to fulfill existing obligations, since being recognized as a training club would have become unfeasible for them”, he says.

The lawyer also explains that the bill aims to make changes in the sports compensatory clause, the one applicable to the club when it unilaterally terminates the athlete’s employment contract. “In the original version, which has existed since 2011, the fine to be provided for in the contract must have a maximum value of 400 times the athlete’s remuneration and, as a minimum, the amount of monthly salaries to which the athlete would be entitled until the end of the period. The bill proposes to reduce the minimum fine limit to half of the monthly salaries to which the athlete would be entitled, something that has already been the subject of numerous discussions, as it is similar to the command of article 479 of the CLT, which was applicable before of 2011.

Another area that is on the agenda in the text is that of bookmakers, more specifically on a possible taxation of online betting companies, something that does not yet exist in Brazil. Apart from that, the regulation of the sector by the Ministry of Finance is also addressed.

According to the rapporteur, at least 450 betting sites currently operate in Brazil “billing billions of reais” without paying any kind of taxes to governments. The deputy emphasizes the importance of the Caixa Econômica Federal lottery in encouraging sports and says that the revenue from these platforms could reach triple what is currently collected by the state-owned company. In 2020 alone, Caixa obtained BRL 17.1 billion through the sports betting segment.

One of the most controversial and most discussed topics in the PL is the inclusion of e-Sports among the sports practices recognized by Brazilian law. This is because if that happens, game athletes would be entitled to the Bolsa-Atleta benefit, as well as raising funds through the Sports Incentive Law for projects.

The law receives special attention in the package of changes foreseen, with the taxation percentages being similar to those of the Cultural Incentive Law, with 6% of the Income Tax for individuals and 4% for legal entities. On the subject, the proposal also includes the extension of the legislation for another five years.