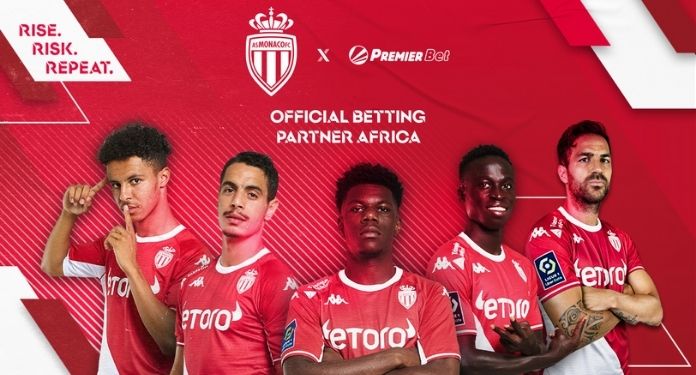 Premier Bet became an official partner of AS Monaco in Africa for the next two seasons. Both parties are aiming to expand their brand presence on the continent, with Premier Bet having ambitions to become the leading sports betting operator in Africa within the next five years.

The French club, in turn, reiterated its commitment to defending young players from the continent, highlighting its support for former African stars, such as George Weah, and current ones, such as Krépin Diatta.

“AS Monaco is proud to continue its development on a global scale. This new international partnership shows that the club is attractive beyond its borders,” said AS Monaco Vice President and Chief Executive Officer Oleg Petrov.

“Collaborating with Premier Bet is proof that we want to reach new territory. Africa is a real football land, and we hope to develop the club’s presence there through this partnership. Premier Bet’s ambition to be a major player in the iGaming sector is in line with our desire to be at the forefront of the game.”

The benefits of partnership to Premier Bet

Through this agreement, the bookmaker will benefit from brand exposure via virtual LED during AS Monaco’s Ligue 1 matches, while the club’s fans can access unique content through the operator’s platform and have a chance to win prizes.

To kick off their new partnership, both parties will launch a multimedia advertising campaign throughout the 2021/22 season, targeting the territories in which the company operates.

Martin Nieri, Premier Bet CEO, commented: “AS Monaco is synonymous with innovation and development of football talent, particularly in French-speaking countries across Africa.”

“Their success on the field is matched by innovation off the field as they prepared to become a digital pioneer in the same way we are doing at Premier Bet,” concluded Nieri.