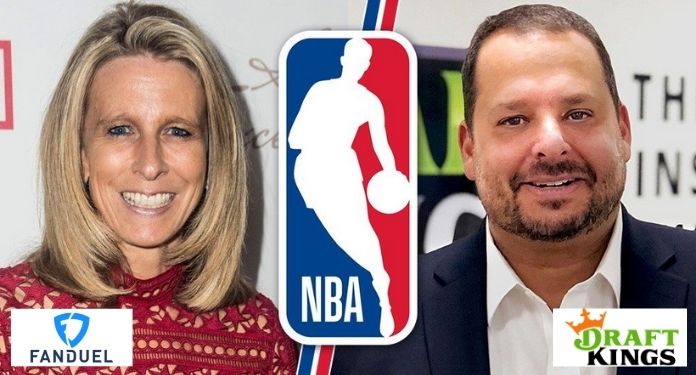 The NBA announced an extended multi-year partnership with DraftKings and FanDuel, who have now become the league’s co-official sportsbook partners.

Both companies will broadcast gaming highlights as part of these partnerships that have also expanded to include Canada, where the two operators plan to launch operations in the coming months after the Canadian government voted to legalize one-time sports betting in August.

Both FanDuel and DraftKings will become sponsors of NBABet Stream, the betting-focused broadcast of the league distributed through the NBA League Pass and the NBA TV app.

As stated by the betting agent, during this weekly alternative betting stream, odds, lines, props and other forms of game-centric content will be integrated into the live gaming experience and highlight the company’s continued evolution in the media and the gaming space. contents.

“DraftKings and FanDuel are market leaders who have been amazing partners in interacting with the millions of NBA fans who enjoy fantasy and gambling.”

“They are at the heart of the continuing convergence between media and sports betting and together we are excited to bring these unique content experiences to our fans. DraftKings has demonstrated a clear commitment to strategically investing in the intersection of betting and content.” Scott.

Ezra Kucharz, DraftKings Commercial Director, commented: “The NBA season has just started and yet we’ve already seen the sport’s immediate impact among our customer base with significant engagement along with healthy new betting activities across all of our states “.

“All of this indicates the growing demand for NBA basketball in its 75-year season among sports gamblers and everyday fantasy players, and we are pleased to continually collaborate with the league on new fan-centric platforms like ours. integration with NBABet Stream,” concluded Kucharz.

Under the agreement, DraftKings will also have the right to activate there at major NBA events including the NBA All-Star Game, Rising Stars, NBA All-Star Saturday Night and the NBA Draft presented by State Farm.

In addition, FanDuel also announced a multi-year partnership with the National Basketball Players Association (NBPA), which grants the company the right to feature images of active NBA players in their creativity and highlights distributed across platforms, apps, social media, social media and FanDuel streaming channels.

Amy Howe, President and CEO of FanDuel, said: “FanDuel’s partnership with the NBA has been the cornerstone of our success for many years, and together we have revolutionized what is possible in a partnership between a professional sports league and a sports operator. sports betting”.

“As we move into the next phase of our relationship to include NBPA, we’re excited to re-imagine how we engage basketball fans,” concluded Amy.