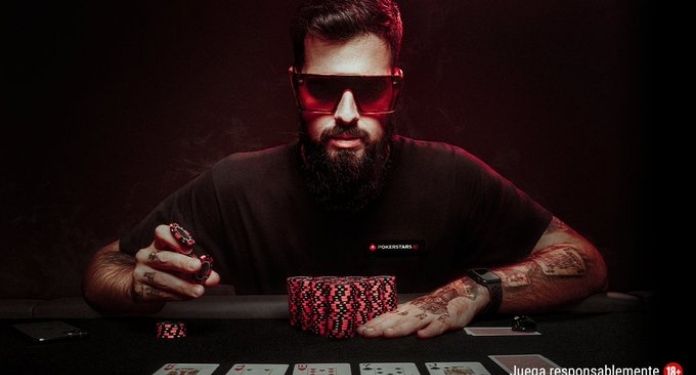 One of the world’s leading online poker sites, PokerStars, guarantees another successful partnership. Even with the site having lost big names in recent years such as Daniel Negreanu and Chris Moneymaker, other personalities in the sport still stand firm with this union.

“Today is a big day for me, I’m very proud to wear the PokerStars patch. It’s a big step in my career, a partnership that will leave its mark”, commented the Latin American artist.

Alejandro will be part of a team of ambassadors that includes the Brazilians Neymar and André Akkari, the Spaniard Ramon Colilas and the British Sam Grafton.

‘Papo MC’ already has a good history with poker

“Papo MC”‘s passion for poker began in 2016, when he started playing the live circuit in Argentina. He even participated in an edition of the BSOP in 2018 where he won the “youtubers challenge” in Brazil. In addition, the rapper also has a title in the online version of the Brazilian poker championship.

Alejandro is one of the most recognized freestyles in Latin America, which in 2016 won the international competition “Batalla de los Gallos”.

“This is where every poker player dreams of being. We’re going to work to take poker to a whole new level. See you at the tables,” said the rapper.

In 2020 he was in Brazil to participate in the Rio Open Millions South America, competition organized at the time by partypoker, a competitor website of PokerStars.

PokerStars is an online poker site owned by The Stars Group. It can be accessed via downloadable poker clients for Windows, macOS, Android and iOS.

It is the largest real money online poker site in the world, controlling over two-thirds of the total online poker market.

Neymar and PokerStars work to create a unique deck of cards