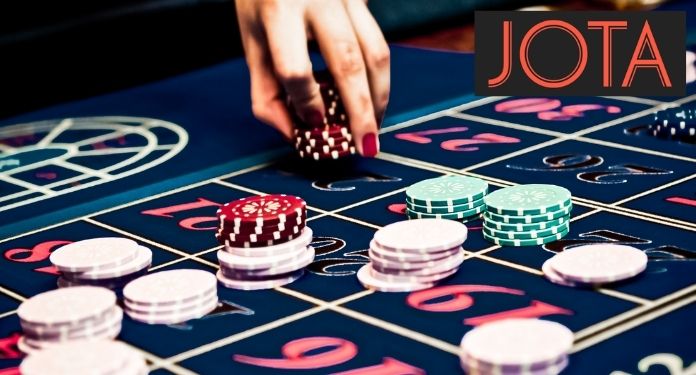 The ‘saga’ for the release of betting in Brazil still has some points to be discussed, but the progress that the agenda has made in recent years is undeniable, encouraging international and national companies for a new and promising betting market in the country.

PL 442, which releases modalities such as casinos, Jogo do Bicho and bingo, was approved in the Chamber of Deputies and is now being debated in the Federal Senate, which will not prioritize a clash over the agenda, making the process of legalizing gambling a little slower.

JOTA Info published an article that explains more about the bill’s approval and its current challenges in the political environment, citing the next steps that the agenda should, or not, take in the coming months.

Check out the full article about JOTA betting games

As seen in the articles published in this series, the exploration of gambling and casinos is legalized in several countries around the world, and Brazil, throughout its history, has lived moments between legality and illegality – which may have its days numbered.

Since 1946, when the current situation of illegality of gambling and casinos in the country was established, there have been attempts at regulation that have not yielded results, either due to lack of maturity of the ideas put to the table or political and social force capable of boosting the vote in plenary in the legislative houses.

Currently, the discussion on the legalization of the exploitation of games of chance is led by PL 442, which, since its presentation in March 1991, faces discussions, amendments and has added other texts presented in the Chamber of Deputies.

In addition to it, PL 186/2014, originated in the Federal Senate, also stands out, which in its current wording provides for the legalization and forms of exploitation of games of chance, the terminology given by him to games of chance.

Among the aforementioned Bills of Law, there are convergences and divergences on the contours of the granting and regulation for the exploitation of the activity, aspects in which PL 442/1991 presents greater robustness and inspection and sanctioning rigor.

In fact, PL 186/2014 does not provide for the possibility for the Executive to create a regulatory agency, it has fewer criminal types, a lighter fine for administrative infractions, a lower percentage of the tax rate and a less ostensive approach in relation to the registration of a person with gambling disorders.

On the other hand, PL 442/1991 authorizes the Executive Power to create a specific regulatory agency, the creation of a National System of Gambling and Betting (SINAJ) and the National Registry of Prohibited (Renapro), which will contain information about people considered incapable for the practice of any act related to gambling, rules related to the constitution of gambling and betting operators and their submission to the Ministry of Economy to carry out certain corporate operations (eg transfer or change of control, merger, spin-off or incorporation), rules to be followed for publicity and propaganda, money laundering prevention policies and crime financing and administrative sanctions that can reach, in the case of a fine, the level of R$ 2 billion.

In advance of the text originated in the Senate, after approximately three decades of debate, the Chamber approved PL 442 at the end of February, with 246 votes in favor and 202 against, bringing great expectations to the portion of the private sector that intends to invest in gambling establishments. (eg casinos, bingo houses etc.) and those who are in favor of legalization, whether for leisure or for the belief that the release of gambling will generate relevant revenue for the public coffers. On March 4, 2022, the bill was sent to the Senate for consideration.

According to PL 442, the practice and exploitation of casino, bingo, video bingo, online, animal games and tourist betting will be allowed, upon prior granting of an operating license by the Ministry of Economy, which will also regulate the process or procedure for obtaining it.

Regularly licensed gambling establishments, whether physical or virtual, as well as gambling and betting machines, must also be registered with the Ministry.

When the bill is considered by the Senate, there may be changes in the text, which will be sent to the President of the Republic for sanction if approved by the senators.

The processing of PL 442/1991 in the Senate gives no indication that it will be swift. Another point that worries those who yearn for the legalization of gambling and casinos in Brazil is that the President of the Republic has expressed himself in the sense that he will fully veto the text that comes to his table.

If this actually happens, the Bill will go to the National Congress in a joint session of the Chamber and the Senate, in which at least 257 votes from deputies and 41 votes from senators will be needed to override the presidential veto.

In practice, therefore, it is not possible to say if and when gambling and casinos will return to legality in Brazil. Although there are still “two steps” (Senate approval and presidential sanction) for the bill to be converted into law, political challenges (expanded in an election year) and morals and good customs, which once barred the gambling in the country.