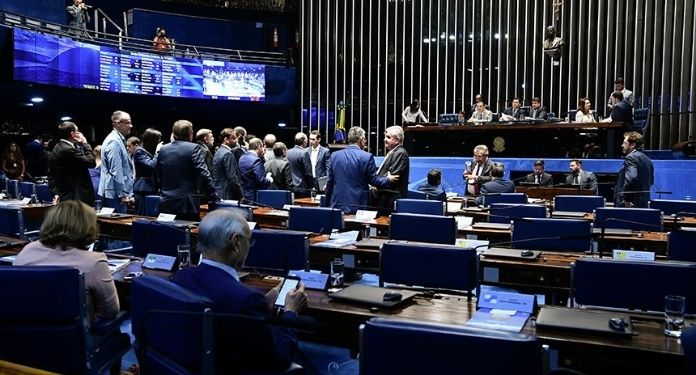 The bill (PL) for the release of gambling in Brazil – recently approved by the Chamber of Deputies – will not have priority in the Senate, following a normal procedure. Several politicians have adopted cautious speeches on the subject, which has been accompanied by great anxiety by national and international iGaming companies.

The president of the house, Rodrigo Pacheco (PSD-MG), said in a statement that “the proposal will follow the normal procedures of the House, always guided by a broad discussion, as was the case in the Chamber”.

Something in common that happens in the Senate, in relation to the House, is the fact that the proposal does not have an ‘opposition vs government’ style division of opinion. There is currently no consensus on the defense of the agenda by supporters of President Jair Bolsonaro (PL), just as critics of the current government also do not reach any conclusions on the subject.

Because of this situation, parliamentarians say that the project “needs more discussion” – even though the initial PL was filed in Congress in 1991.

The PSD leader in the Senate, Nelsinho Trad (MS), comments that this will be the approach to the agenda: “The topic requires a broad and in-depth debate and we will dedicate ourselves to studying the project within the PSD”.

An uncaring approach to gambling

This approach of proceeding with “normal procedures” and a “broader discussion” cited by Pacheco and reinforced by Trad indicates that the PL will follow the usual line of current proposals. In other words, it will not have any priority, such as a direct vote by the plenary of the house.

In the Senate, the agenda is defined directly by the president after consulting party leaders, however, when an issue does not find a consensus, the tendency of Congress is to make it wait.

An example of this attitude was seen when the Senate paralyzed the process of the project that allowed the purchase of vaccines against Covid-19 by private companies.

This act mobilized public debate at the beginning of last year, dividing sectors that defended the purchase, understanding that the action would relieve the public health network, and opposing sectors, who saw in the proposal the creation of a privileged line of immunization.

After the project was approved by the House, it did not advance properly in the Senate, and has been without any processing since August.