Início Legislation Liberation of casinos is close to being voted on in the Chamber... 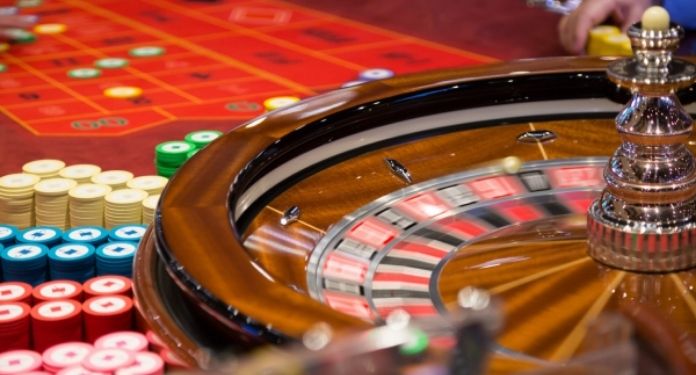 The release of gambling and casino in Brazil has been heavily debated in recent months in the National Congress. Many politicians, personalities and organizations are in favor of the complete regulation of the gaming market in Brazil.

This year, the cause’s supporters expect great advances with this agenda in the Chamber of Deputies, which is already prepared to vote on Bill 442/91 at any time.

VEJA recently published an article that details how the Chamber is moving to organize this vote, citing supporters and opponents of the proposal.

With attention focused on the movement surrounding the preparations for the October elections, a discreet but intense mobilization has been unfolding behind the scenes of Congress since the last quarter of 2021.

This is the effort to vote on Bill 442/91, whose urgency regime was approved in the Chamber of Deputies on the eve of the parliamentary recess, on December 16th.

The measure proposes the legalization of the economic exploitation of gambling in the country, prohibited since April 1946, by decision of President Eurico Gaspar Dutra. At the beginning of the week, the president of the House, Arthur Lira (PP-AL), committed with the rapporteur Felipe Carreras (PSB-PE) to take it to the plenary until the beginning of March.

The topic, however, is highly controversial within the government. President Jair Bolsonaro himself has already said he is against approval, worried about the impact it may have among his more conservative and religious supporters.

Even with this declaration, one should not bet, however, against the approval of the project. The group of legalization sympathizers has strong weights and names, including Lira, the Minister of the Civil House, Ciro Nogueira, members of the Ministry of Economy, Tourism, and even the president’s sons, Flávio and Eduardo Bolsonaro, who met with former US President Donald Trump to discuss support in attracting investments from the US casino industry to Brazil.

On the opposite side, the evangelical base in Congress is positioned for the maintenance of the ban, as well as the Minister of Women, Family and Human Rights, Damares Alves. “I am against the legalization of gambling because I fear that these gambling houses will be used for corruption and money laundering schemes”, says Damares. “The release of games is not the only alternative we have to generate jobs in Brazil.” The same line is followed by the government leader in the Chamber, Ricardo Barros (PP-PR). “If the topic goes to the plenary, the government will vote against it.”

Among the nations that are part of the G20, the organization that brings together 80% of the global economy, only three countries ban the exploitation of the games — Brazil, Saudi Arabia and Indonesia, the last two Muslims. In a scenario of economic difficulties like the current one, the data compiled by the Joint Parliamentary Front organized to discuss the matter is impressive.

The legalization of gambling in the country would have the potential to generate 658,000 jobs — between the 1930s and 1940s, the heyday of casinos in Brazil, the sector guaranteed more than 40,000 jobs. “In a country that desperately needs to create jobs and that has had stagnant growth for decades, there is no justification for gambling to remain illegal”, argues Deputy Bacelar (Podemos-BA), president of the parliamentary front. Urca, 1941: sector with more than 40,000 jobs – Hart Preston/The Life Picture Collection/Shutterstock

In the tourism sector, which generates wealth at around 8% of GDP and which has not been able to expand even with the World Cup and the Olympics, the prospects for expansion are based on international experience, particularly in Asia. “Macau received 10 million tourists before investing in casinos and now receives 31 million. Singapore went from 9 million to 21 million tourists.

These are successes that have changed the matrix of the international tourist flow”, says Carreras, rapporteur for the project at the Chamber. “Brazil is lacking in new tourist products and our contingent of foreign visitors remains stagnant below 7 million.” SUCCESS – Hotel in Macau: the China region profits from the money brought in by 31 million tourists – Martin Bertrand/Hans Lucas/ AFP

In addition, the country loses in tax revenue from illegality and from operations that are based—and taxed—in other countries. It is estimated that illegal gambling moves 27 billion reais a year, compared to 17.8 billion reais in lottery. And, in 2018, a law was passed to release the virtual betting market, which has a deadline to be regulated by the end of this year. In parallel, several sites based abroad already offer casino games and sports betting to Brazilians via the internet.

Between 2018 and 2020, the sports betting sector grew from 2 billion reais to 7 billion reais and the presence of betting sites is so strong that, of the teams that played in the first division of the 2021 Brazilian Championship, only Cuiabá did not sponsored by these companies. Not to mention television advertising and competitions. “The market is absolutely consolidated and in full expansion. What is lacking is regulation, with clear rules, for the operation based in Brazil”, says André Gelfi, CEO of the electronic betting platform Betsson in the country.

In the midst of the political tug of war, supporters of the game, including members of the Ministry of Economy, believe that the most likely outcome will involve a certain stage game. President Jair Bolsonaro said in an interview with VEJA last year that, if the bill were approved by Congress, he would veto it.

But close aides admit that even if that happens, it’s a position to please his more conservative voters. Once his position was expressed, he would just watch Congress override the veto. “The overwhelming majority of the government is in favour.

The president publicly says he is not, but he should not intervene in Parliament’s decision. The environment is favorable for this, even more so now with Minister Ciro Nogueira close to the president”, says a palace assistant.

Nogueira is one of the few strong voices in the government that does not speak openly on the issue, as a way of avoiding embarrassing the president or his more fundamentalist wing peers, but he has the clout to act efficiently behind the scenes. Luck is cast.