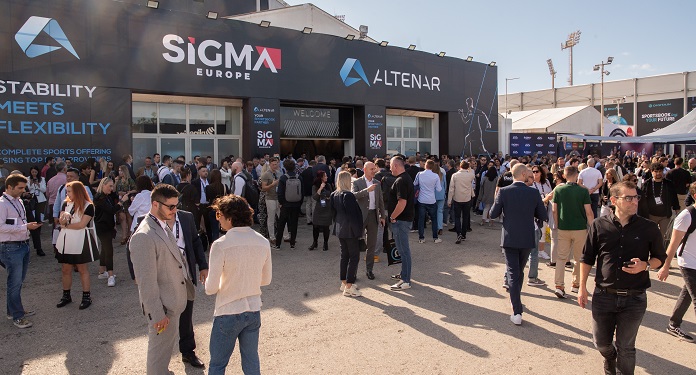 These three days were filled with information panels and talks, networking activities and an ever-expanding industry showroom.

The SiGMA Conference brought together policymakers, thought leaders, influencers and C-Suite executives from the global gaming space and affiliates with the public.

In his opening speech, Minister of Finance Javier Fransisco Antonio Silvania stated that his presence at the convention demonstrates Curaçao’s determination to become a “major player in the online gaming business”.

Silvania is in charge of modernizing the local gaming industry to ensure effective regulation and monitoring. The new restrictions are expected to take effect in 2023.

The exhibition floor included a carefully chosen range of market-leading products and services. This high energy exhibition gave delegates the opportunity to reach out to the industry on a world scale and target the specific niche. It also provided a direct path to some of the top brands in the industry, making it a great place for networking and branding.

During the week, government entities, ministers and even the Prime Minister of Malta participated in SiGMA Europe. Prime Minister Robert Abela said: “Events such as SiGMA celebrate the spirit of Malta’s economic vision and Malta’s entrepreneurial drive. Eman and his team are proof of that, and I commend their positive attitude. Working together, we can secure more years of success for this already thriving gaming industry.”

He also added that this is the government’s top priority. “This is an industry that we are very, very proud of. Malta is home to over 300 gaming companies, offering over 10,000 gaming-related job opportunities. In addition, many of the companies are listed on major stock exchanges with a higher level of governance”.

Carl Brincat, CEO of MGA, told a panel on day one of SiGMA Europe that the regulator has learned that it must establish framework before implementing innovative measures.

At the SiGMA Europe Awards, the most influential people from the international gaming and marketing community came together for an unforgettable gala night.

When attendees came together for a fun night out at the LCB Awards, there was more excitement than ever at the Sky Club. The team created their event to honor and celebrate the great works in the industry. Additionally, the event aimed to promote integrity and responsible gaming in the community and was open to all active markets worldwide.

The highly anticipated SiGMA gala, sponsored by Creedroomz and hosted by Jon Thompson and Elisa Martinotti, was a celebration of contributions from gaming industry leaders, emerging technologies and affiliates. Additionally, the award broke a record by raising $91,000 for charity.

During the AGS Awards ceremony, 15 awards were presented to recognize affiliate networks, programs, platforms and cutting-edge technologies and solutions. In addition, dancers from Luxarcarna performed to complete the evening, and a charity auction was held, with proceeds going to the SiGMA Foundation.

The streaming community came together at the Steamers Gala, where the top talent in the digital space was showcased and the growth of this new industry was celebrated. The first Streamers Awards were handed out tonight. The aim was to appreciate the best live streaming services, which are becoming more popular and changing the way people watch entertainment. Some of our top VIP guests were Mr Gamble, Haddzy, Doddy, Bonkku, Big Daddy, MaximZockt, Juicyspins and others.

Networking events during SiGMA Europe took face-to-face communication to a new level. SiGMA has given everyone many chances to connect with people from all over the world.

SiGMA is the best place to be when it comes to meeting the right people and making the right connections. The official program of over 300 Spartan Affiliates was in the ideal location to expand its network during the event in Malta.

Roberto Carlos, Betwinner brand ambassador, was also present at the event. The Real Madrid star and world champion with the Brazilian national team played an essential role in Malta. In addition, he enjoyed participating by signing hundreds of autographs at the bookmaker’s booth.

Together with the SiGMA Group, Centurion-FC presented another impressive night of MMA. Attending SiGMA Europe events, a lot of effort and planning went into making the night a success. As well as showing the raw power and emotion of the competitors in the ring, Centurion FC also featured the sight of fighters being carried into the octagon by Roman centurions.

Surfer Penguin won the SiGMA/AGS Pitch Competition 2022 held at the MFCC. Pablo Fernandez, CEO and Co-Founder of the company, expressed his gratitude to SiGMA for this opportunity. He is excited to develop his idea further thanks to your support.

2022 is over, and what a fantastic year it was! The SiGMA Group is full of expectations for what is to come. The first Africa-focused iGaming convention will kick off the annual series of events next year.

In January of this year, SiGMA, AGS, AIBC and other players will make history when they land in Nairobi, Kenya. In addition, the 2023 agenda includes Dubai, Manilla, São Paulo, Limassol and Malta.