Início Casino Angela Costa: ‘The return of casinos will contribute to our economic and... 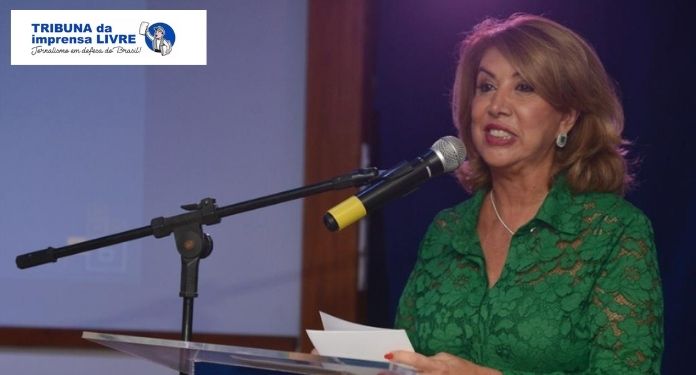 Journalist Luiz Carlos Prestes Filho continues his series of interviews on the legalization of the gaming market in Brazil, with daily publications on the website “Tribuna da Imprensa Livre”. The current interviewee is the President of the Commercial Association of Rio de Janeiro (ACRJ), Angela Costa.

During the interview, Angela mentioned the possibility of regulating the types of betting and return to the casinos. However, she stressed that the monopoly tends to facilitate the lack of transparency and make inspection more difficult. “Entrepreneurs of money betting games, submitted to free competition, will always strive for overcoming, efficiency and transparency”, he said.

At the head of one of the most relevant business associations in the country, Angela stated that the opening of this sector in Brazil will result in the emergence of a large productive chain that tends to open opportunities for companies and entrepreneurs.

She also believes that Rio de Janeiro will be highly benefited due to its recognized vocation for the entertainment and tourism segments at national and international levels.

Luiz Carlos Prestes Filho: What is the institutional view of ACRJ in relation to referrals in the National Congress and the STF that can regulate games in Brazil?

Angela Costa: ACRJ supports any and all initiatives that stimulate the private economy. Wealth is built by the accumulation of capital by individuals. This has always been the case all over the world.

Luiz Carlos Prestes Filho: Would the regulation open up opportunities for medium, small and micro companies gathered at ACRJ?

Angela Costa: I have no doubt. A huge productive chain will be created around the companies to be regulated, opening space for companies and entrepreneurs. Rio de Janeiro will especially benefit from its vocation as a provider of tourism and entertainment services.

Luiz Carlos Prestes Filho: Can we favor Brazilian companies with the regulation of games?

Angela Costa: Legalization is justified for that. We need to boost our companies in the areas of architecture and the printing industry, accommodation and restaurants, entertainment and technological innovation, among others. What I see today is that the whole gaming industry is based mainly on technology.

Luiz Carlos Prestes Filho: Hasn’t the time come to promote a large business and institutional congress on the regulation of games in Brazil?

Angela Costa: ACRJ is a great space for discussions that concern the interest of entrepreneurs and businesses. We are entirely at the disposal of companies and the political class to contribute to the regulatory debate.

Luiz Carlos Prestes Filho: Which ACRJ groups or commissions would be prepared to organize a debate about games?

Angela Costa: We have business councils that have been very active. All the sensitive issues for our economy have received the institutional contribution of the ACRJ. Above all, this topic deserves our attention because it will open a great business opportunity that until now has been neglected by the absence of rules.

Luiz Carlos Prestes Filho: The city of Rio de Janeiro is the birthplace of the most famous casino in the country – Cassino da Urca. Are we able to rescue that past?

Angela Costa: Rio de Janeiro, despite all the problems, has never lost its charm. I am sure that the return of the casinos will contribute to our economic and cultural recovery.

Luiz Carlos Prestes Filho: Is there a possibility of transparent business management and competent inspection by government agencies?

Angela Costa: I strongly believe in the ability of the private entrepreneur to work in an environment of economic and competitive freedom.

The monopoly always facilitates the absence of transparency and poor supervision. Cash gambling entrepreneurs, subject to free competition, will always strive for overcoming, efficiency and transparency.