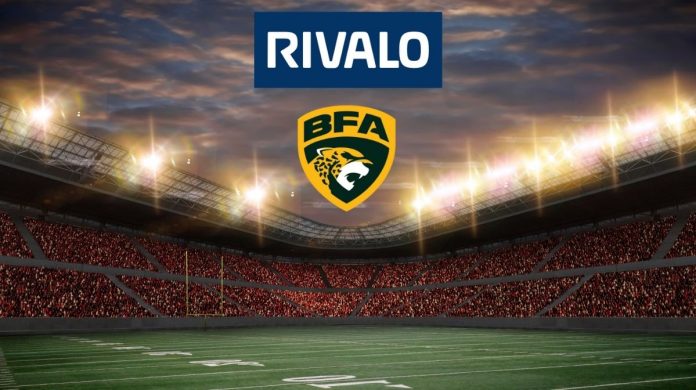 The 2022 season of the Liga BFA (Liga Brasileira de Futebol Americano) started recently, returning to disputes after the hiatus caused by the COVID-19 pandemic. This time, South America’s premier American football competition is sponsored by Rivalo.

With this support, Rivalo made available ODDS for football lovers. The bookmaker exclusively developed the odds for each game in house, further improving the experience for those who are passionate about the world of the oval ball.

With this action, it is now possible to bet on the winner of the national competition and on the winners of the five regional conferences and the direct bet, on the matches, is being developed by Rivalo and should be available in June.

“The Rivalo team, through its team of ‘odd makers’, exclusively launches betting lines for BFA games, showing how much they believe in BFA and in American football played in Brazil. We are convinced that this movement is a pioneer, and will change the reality of our sport, opening doors for the development of teams from north to south of Brazil”, celebrates Rodrigo Hermida, CEO of BFA.

It should be noted that approximately one hundred Brazilian American Football League games should take place in more than 18 states. The championship will feature matches broadcast on ESPN, as well as compacts and specials, both in the ESPN League and throughout the NFL season.

“Thanks to our partnership and collaboration with Liga BFA, our own trading team can give BFA fans the opportunity to bet on their favorite teams, exclusively on our platform”, says Mateo Gómez, Sportsbook Manager at Rivalo.

The partnership between Rivalo and Liga BFA is also generating a weekly space on the official league’s YouTube channel. In the special attraction, representatives of all teams analyze upcoming appointments and act as ‘Tipsters’, passing on betting tips on the platform itself. The guest (tipster) of the week also participates in the ‘RIVALO BOWL’ campaign of their respective team.

Rivalo’s actions in the 2022 season of the BFA League

With the master sponsorship of the biggest football league in the Southern Hemisphere, the company’s brand in the betting industry is gaining immense visibility due to exposure in physical and digital properties. This is one of the actions that are part of the activation of sponsorship for BFA. The agreement with Liga BFA also includes advertising boards in the six Conference finals and in the BRASIL BOWL, the grand final of the tournament.

The operator also has a prominent place in games broadcast on ESPN, in addition to the brand in both endzones and on the 20-yard line in decisive confrontations. Rivalo also has the right to inserts in broadcasts on official channels of the league and in materials published daily on the social networks of the BFA League.

Guilherme Bucchi, Acquisition Manager Brazil at Rivalo, emphasizes his satisfaction in offering, in an exclusive way, the possibility of providing the bettor with this opportunity: “This is the type of action that reinforces the partnership between Rivalo and BFA. , and now the BFA fan has his exclusive place to bet”.

For BFA’s commercial director, Eduardo Ferreira, the sponsorship agreement with Rivalo represents a turning point for the sport in Brazil. “Having Rivalo as an official partner of the BFA is something really unprecedented in Brazil. Rivalo will provide growth, professionalism and innovation to Brazilian football, becoming a pioneer in this modality. The trust that Rivalo places in BFA will certainly be a link of relevance, gratitude and reciprocity”.

In addition, a study released by the Federal Government showed that American football is on the rise in Brazil, appearing among the 10 most watched and wagered sports in the country. This was one of the points that aroused the interest of the new master sponsor, which is committed to helping to accelerate the growth process of the sport in Brazil.

It is important to note that women’s American football has been part of the BFA League since 2019. In the same year, the decision was shown on ESPN, proving the relevance of the sport in the national territory. In 2022, the women’s championship has the same dispute formula with more participating teams. The final of the women’s league is already broadcast on TV.

Rivalo’s betting system is operated by Matchserv Solutions NV, a company founded under the laws of the government of Curaçao.

The betting company, market leader and present in Brazil since 2015, has been increasingly consolidating in Brazil, seeking to expand opportunities and bring Brazilian fans closer to the betting world. The bookmaker offers opportunities in major sports such as football, tennis, basketball, volleyball, Formula 1 and more.

Rivalo also stands out for having a rich betting line-up to cater to all sports fans. Thus, users of the platform are able to take advantage of a wide variety of bets with excellent odds, including single bets, combined bets, system bets or special bets.

Follow Rivalo on social media and stay on top of promotions and odds for the main games of the round in Brazil and abroad.