Início Sports Betting Betfair: Benjamin Back is the new brand ambassador for Libertadores 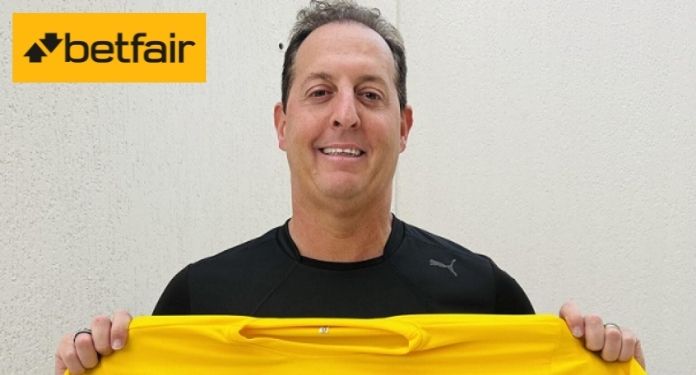 Current figure of reference in sports journalism, Benjamin Back, or Benja as we all know, announced last Wednesday that he would become the new ambassador of Betfair.net, official partner of CONMEBOL Libertadores.

The presenter arrives to perform actions on social networks and celebrate the final stretch of the competition, which enters its round of eight in July, with the presence of six Brazilian clubs. During the signing of the contract in São Paulo (SP), Benja celebrated his arrival on the Betfair.net team, a company that he is a fan.

“Very happy to be the ambassador of Betfair.net in Brazil! A brand of weight and extremely relevant in the sports market in the world! And many cool things should come out there”, commented Benjamin Back.

Benjamin Back will be one of the names to lead the campaign ‘Every result is possible’, which will feature several actions to bring Brazilian fans closer to the games where the new champion of America will come out.

The presenter made his debut in partnership with Betfair.net, on his Instagram, Twitter and Facebook. Benja released the action ‘Towards Eternal Glory’, in which he gave his predictions for all the games in the round of 16 of CONMEBOL Libertadores and revealed who, in his opinion, will be the great champion of the tournament.

The round of 16 starts on Tuesday with three Brazilians in action. Atlético Mineiro visits Boca Junior, in Argentina. Fluminense faces, also away from home, Cerro Porteño, in Paraguay. São Paulo receives Racing, from Argentina.

To find out the result, just stay connected to the Benja and Betfair.net social networks.

The sports journalist is an audience success wherever he goes. Much loved by fans for the irreverent way he treats the world of the ball, Benja has already worked for RedeTv, Record, Band and FOX Sports Brasil, where he headed FOX Sports Rádio, the absolute leader in audience among subscription sports channels.

Currently, Benjamin is in charge of Arena SBT and on social networks he makes several activations commenting on the football results with the board ’60 seconds of Benja’. The SBT group once again broadcasts the CONMEBOL Libertadores games to open television.

Libertadores fans can join the game Rumo à Glória Eterna via Instagram @Betfair_net and compete for prizes, such as a 55-inch TV, Rivaldo’s autographed t-shirt and much more.

Betfair partner influencers such as Benjamin Back, Maurício Meirelles, Carolina Portaluppi, Luana Maluf, Cicinho, Caio Lo, Lucas Collar and other names interact and encourage their followers to guess the timing of the octaves until the grand final of the Libertadores 2021.

The final of the 62nd edition of CONMEBOL Libertadores will take place on November 20, at the Estádio Nacional, in Montevideo, Uruguay.

The company was founded in June 2000 by Andrew Black and Edward Wray. Since then, Betfair has been dedicated to the sports betting business and still offers online casino, poker and online bingo. The company’s headquarters are located in Hammersmith, West London, UK and Clonskeagh, Dublin, Ireland.

In addition, Betfair was listed on the London Stock Exchange as Betfair Group plc, until it merged with Paddy Power to form Paddy Power Betfair (now Flutter Entertainment) on February 2, 2016.