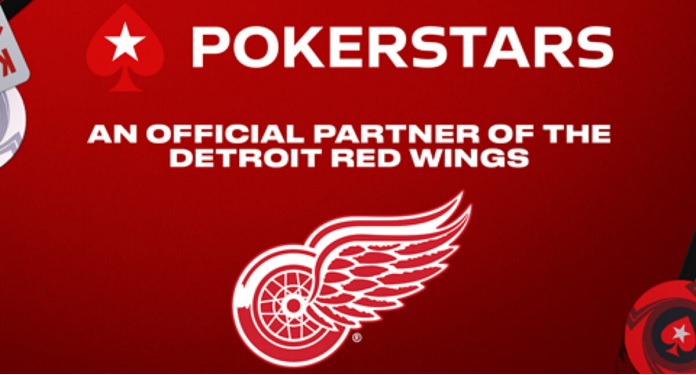 PokerStars recently announced the signing of an unprecedented sports contract. The poker brand will sponsor the Detroit Red Wings team, which represents the largest city in the US state of Michigan in the NHL (National Hockey League). The deal is the first of its kind for the global entertainment brand in the United States.

“We are extremely proud and excited to build a long-term relationship with such an iconic NHL team as the Red Wings,” said Severin Rasset, Managing Director of PokerStars USA.

“Through this partnership, we look forward to delivering epic experiences to our PokerStars community, expanding what we can offer our players in Michigan, as well as the rest of the US,” he added.

One of only seven states where poker is legal in the country, Michigan has a highly engaged PokerStars community. Therefore, fans of the activity who are also fans of the Detroit Red Wings will be able to take advantage of the news generated by this unique combination.

Benefits include user rewards such as autographed memorabilia, merchandise and tickets, as well as unprecedented opportunities and experiences for fans. Fans of the team can expect the iconic Winged Wheel to be included in PokerStars marketing materials, and the game site will be very prominent during games at Little Caesars Arena.

In addition, PokerStars has stressed that it will strive to promote responsible gaming throughout its partnership. “This is a partnership that our fans, especially poker players, will love. It’s great to see the PokerStars brand on the ice level of Little Caesars Arena, and we really appreciate their support,” said Chris McGowan, President and CEO of Ilitch Sports + Entertainment.

PokerStars is an online poker platform available for Windows, macOS, Android and iOS users. It is one of the biggest poker platforms, accounting for two-thirds of the market. Pokerstars.com was launched in 2001. It is the flagship brand of The Stars Group, which operates gambling-related businesses and brands.