Início Poker PokerStars has a partnership with Neymar again 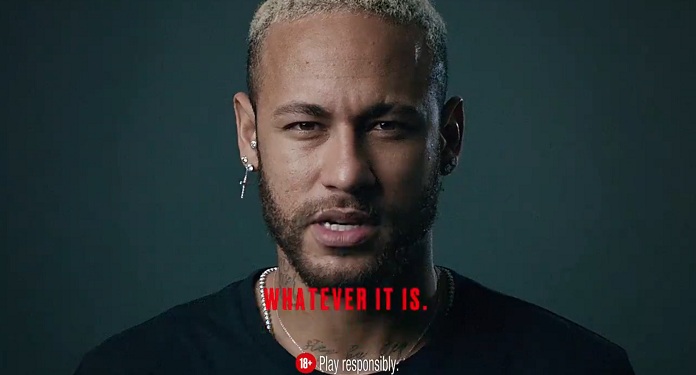 Footballer from PSG, France, and the Brazilian national team, Neymar used his official social media profiles to communicate that he joined PokerStars. The star has already served as a worldwide ambassador for the poker brand in the years 2015, 2016 and 2017.

“When I’m not playing football, I love playing cards. Competing against my friends is one of my great passions. I love the social aspects of the game. I have fun with the situations that poker provides ”, declared the player on his networks.

He added: “As a true poker fan, I am super excited about the opportunity to start a new chapter with PokerStars. Together, we will provide great moments for game fans around the world ”.

PokerStars global creative director Martin Nieri also commented on the resumption of the partnership with the leading name in Brazilian football. “Neymar is a true global star, but what sustains this partnership is his genuine love for poker,” he said.

Nieri also stressed that “at PokerStars, we are constantly developing actions to create new energies, emotions and entertainment for our customers. Alongside Neymar, we believe that we can take our mission to the next level ”.

In poker, the player has participations in live championships such as EPT Barcelona (European Circuit) and BSOP Millions (Brazilian Poker Circuit).

PokerStars is an online poker platform and considered one of the largest on the planet, accounting for two thirds of the market. In the national territory, the site has been operating since 2006 and still has exposure to attractions on TV.

The site was created in 2001 and is the flagship of The Stars Group, which operates gaming-related businesses and brands, including PokerStars, Full Tilt Poker, European Poker Tour and Latin American Poker Tour.

How expressive is online poker in Brazil in 2021?