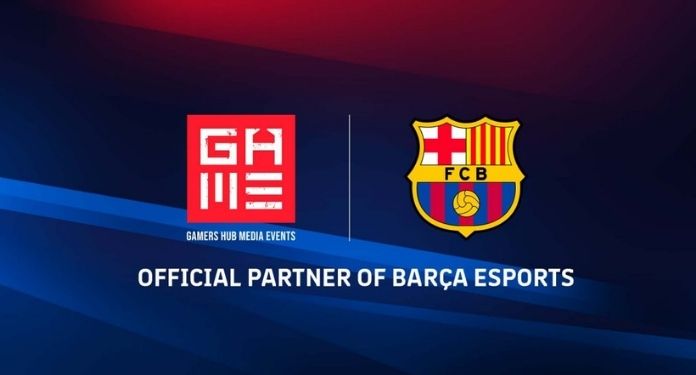 FC Barcelona takes another step towards establishing its eSports division by signing its first partnership agreement in this sector with Gamers Hub Media Events Europe (GHME).

An unprecedented agreement with which Barcelona takes the lead in the eSports sector, signing the first partnership of its kind.

Within the framework of this alliance, GHME, which has extensive experience in organizing online and offline eSports tournaments, will be able to organize and manage competitions and gaming leagues that will bring together players from all over the world together with the Club.

This announcement is historic in the sector at an international level, as the platform through which the competitions will be organized is driven for the first time by the eSports division of a football club known throughout the world.

In addition, GHME will become the official training venue for Barça’s eSports division, as the agreement provides for training and content creation for FC Barcelona players at the Barcelona International Gaming Center (BIG C), high performance in the Catalan capital, with which GHME partnered in September 2021.

The agreement between FC Barcelona and GHME comes on the heels of Barça’s entry into the League of Legends (LOL) championship, the real-time strategic action game currently with the largest number of followers and audience in the world.

In December of last year, FC Barcelona presented the list that will start competing from January 2022 in the Superliga LOL, the highest level tournament of this sports competition in Spain, organized by the Professional Videogames League (LVP, Grupo Mediapro) .

The commitment to developing Barcelona’s new esports division is part of the club’s digital strategy. It is driven by the same desire as FC Barcelona to become a role model in the eSports sector worldwide in the years to come.

The focus is on building a leading division to help connect the Club and its philosophy to new audiences, particularly among emerging random football markets, and to bring the Barça brand to countries such as the United States of America and China.