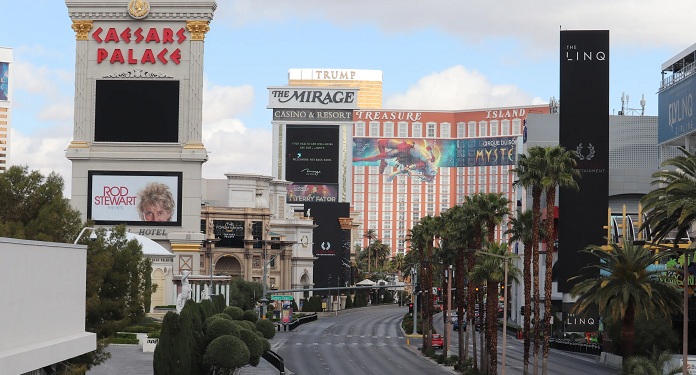 The Las Vegas-based company announced that it had diluted earnings per share of $0.34, after reporting a loss per share of $1.25 in the second quarter of last year.

Additionally, Caesars reported net income of $855 million from its Las Vegas operations in the second quarter of this year, up from $109 million the year before. Net income totaled $71 million, after reporting a $100 million net loss for the same period in 2020.

“Our second quarter operating results improved significantly from the first quarter of 2021, driven by continued strength in our regional markets and a significant improvement in results in our Las Vegas segment,” said Caesars CEO Tom Reeg.

Caesars Digital, the sports betting and online gaming division, achieved net income of $117 million. Remembering that the group changed the brand and launched a marketing campaign to leverage its new Caesars Sportsbook app after the acquisition of William Hill earlier this year.

Caesars CFO Bret Yunker commented: “We anticipate our balance sheet will be driven by better operating trends and expected results from asset sales. We paid $325 million of debt during the quarter and remain committed to debt reduction.”

Caesars Entertainment is a US gaming conglomerate that operates approximately 50 casinos and hotels, including some located in Las Vegas. Headquartered in Paradise, the company is considered the largest casino operator in the world.