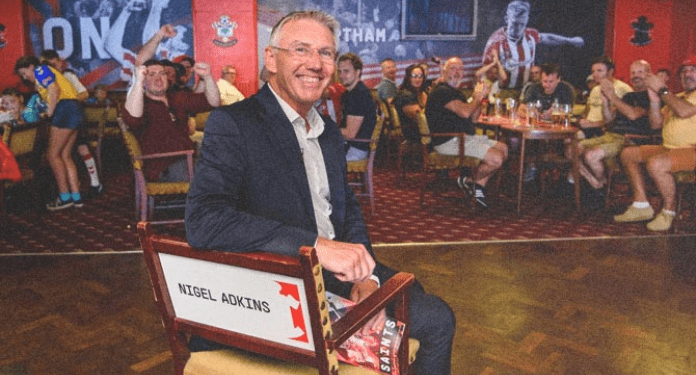 Southampton FC and Sportsbet.io have announced a new social club aimed at all fans. The venue was funded by the betting site’s ‘Crypto Fan Fund’. Saints fans now have a new place to celebrate – or sympathize, as was the case last Saturday when the club suffered a 1-0 loss to Manchester United.

The Saints Social Club is a bar for fans, featuring artwork, kits and souvenirs from Southampton’s 136-year history. The destination will also feature stained glass artwork from club icons, both past and present, such as James Ward-Prowse, Alan Shearer and Nathan Redmond.

“It’s been brilliant to work closely with our Saints Voice panel representatives to discover what really matters to them in order to bring the best gaming experiences to our fans and fans,” said Sarah Batters, Director of Southampton Marketing & Partnerships.

“The new Saints Social Club will provide a wonderful opportunity to bring our fans together and act as a true focal point for our local community.”

The Saints Social Club will remain open throughout the season for all fans. It will also be used to host certain community events for the Saints Foundation.

Sportsbet.io, meanwhile, is Southampton’s main sponsor. The ‘Crypto Fan Fund’ launched in November 2021, and the brand donated two bitcoins (BTC) to a fan-led initiative, which eventually led to Northam, a pub near the homeland of Southampton, being turned into a destination. dedicated to the fans.

Helen Edwards, Head of Responsible Gaming at Sportsbet.io, said: “It is a privilege to work with Saints Voice and the Southampton fans during this process, and we are so excited to see the Saints Social Club become a reality.”