Início Sports Betting With Athletico-PR, 100% of the clubs in the Serie A of Brasileirão... 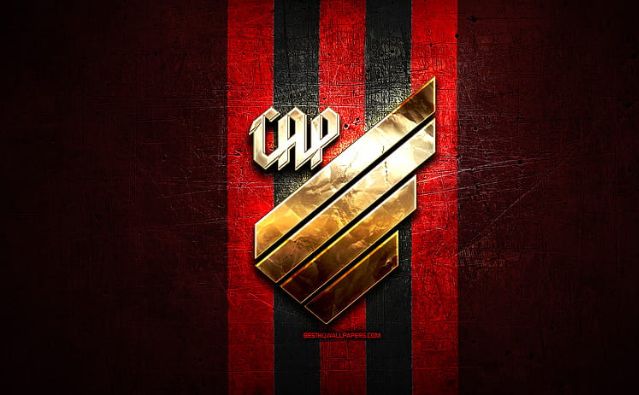 Athletico-PR announced this Wednesday (3) a partnership with Betsson, an online gambling and betting company. The agreement runs until the end of 2023 and the debut of the uniform with the brand’s logo will be in the match against Estudiantes, for Libertadores, this Thursday (4), in Curitiba.

With the team from Paraná, the Campeonato Brasileiro da Série A broke a record of partnerships with bookmakers and reached the number of 20 clubs being sponsored in this way. In men’s football, this ‘phenomenon’ emerged about four years ago, mainly after the exit of state banks from the market. Of these 20 clubs, 19 have exposure on the shirt, and Palmeiras with activation on digital networks.

“The clubs and the betting companies are commercial partners, but it goes beyond that in the matter of activations. We have a population passionate about the sport and a promising market. Bahia, for example, is a massive team, with a crowd that breathes the club’s daily life. In addition to the exposure on the uniform, we seek to generate experiences and be close to the fans”, explains Hans Scheiler, marketing director at Casa de Apostas, master sponsor of Bahia.

Sports betting was legalized in Brazil in December 2018, when the Federal Government sanctioned Law 13,756/2018, authorizing the Ministry of Finance to develop rules for the licensing of bookmakers in Brazil. However, the regularization of the practice was postponed and has not yet taken place.

According to lawyer Eduardo Carlezzo, a specialist in sports law, regulation is necessary and will further increase the investment of companies in the sports world.

“The expressive growth in investment in sponsorships occurs in the midst of a market that has no regulation. Despite not being irregular, since the law of the end of 2018 allows the regulation of betting, there is still a concession process that is slowly progressing in the Federal Government. With this delay, everyone loses, because regularization would generate jobs, business, taxes, and would attract global operators to the country. Adequate regulation would even increase the amounts involved in agreements between clubs and betting sites”, explains Carlezzo.

Investment by sports betting companies continues at full steam. Internacional announced at once a partnership with EstrelaBet for the men’s (shoulder blade) and women’s (master) teams.

In Rio Grande do Sul, Colorado is the first institution to rely on investment focused mainly on football. “Investors look to Inter as a good place to promote their brands, and the new partners are of great importance and prove the good management of the sport. The choice of companies by our institution shows all our strength and representation”, says Jorge Avancini, Colorado’s vice president of Marketing.

A few weeks ago, Corinthians also announced a promising deal, with an expansion of its sponsorship with galera.bet. In this case, the partnership had already started in the Brazilian Supercup dispute, in February, and went into effect until the end of 2023. The company’s logo is stamped on the shoulder region of Timão’s shirt and exposed on social networks, on of the Training Center and in the backdrops of the interviews.

“When I think of women’s football, the first word that comes to mind is resilience. For many years women’s football was disowned and even banned. And see where they got. At a time when we talk so much about the need for equality in all spheres, supporting this modality means giving strength to a change of attitude, bringing out how professional, talented and deserving of their success these girls are”, points out Ricardo Bianco Rosada. , CMO of galera.bet.

The galera.bet, by the way, is one of the companies that has invested heavily in partnerships with major brands. The platform, which already sponsored the Brasileirão Feminino, announced in May this year the exhibition for the Brasileirão Assaí in the men’s Série A. The agreement, valid until the end of 2024, gives the right to offline, digital, branding, relationship and exclusive activations of experiences.

“The galera.bet is a brand created exclusively for the Brazilian market. No wonder, we take the colors of Brazil. The Brasileirão Assaí talks a lot about Brazilians, their passion, their rituals and also about our company”, he said. Asher Yonaci, CEO of galera.bet.

In addition to galera.bet, other companies have sponsored the sport, as was the recent case of Palmeiras, which announced Betfair as the new master sponsor of women’s football.

“We can see that there is more interest from companies in supporting women’s soccer teams. The modality is entering the radar of large companies and we have been able to watch the development inside and outside the four lines. This growth in the category is not just a momentary thing, it is something that is here to stay”, says Armênio Neto, a specialist in revenue generation in the sports industry.

For Fábio Wolff, one of the organizers of the Brasil Ladies Cup, an international tournament that will have its second edition in November, the commercial solidification of the category boosts the teams’ investments in the sport.

“Due to the strengthening of women’s football, we have seen a large number of companies interested in supporting the category. These partnerships won by the modality drive the development of the sport on and off the field. A great example of this is the number of new agreements being signed by Brazilian football teams”, says the director of Wolff Sports & Marketing.

Emerging teams have also valued and guaranteed their space within the category. Cuiabá, a club that, for men, is in its second year in the first division of the Brazilian Championship, promises to invest in the development of the sport: “We started the women’s football project in 2021. increasingly competitive”, explains Cristiano Dresch, vice president of Cuiabá.