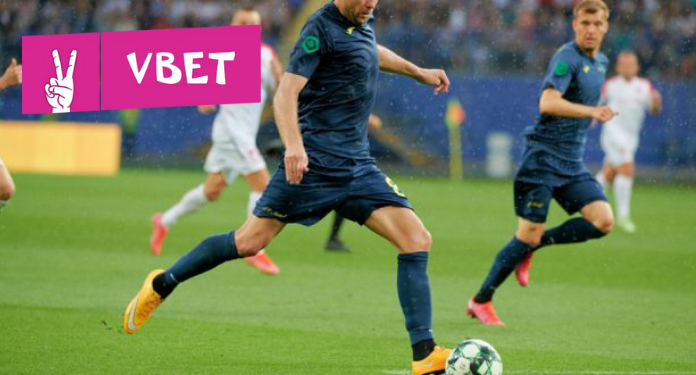 As part of the collaboration – which will focus on developing vision and sport in the country at large – the Ukrainian Premier League (UPL) will be called the VBET League, with the competition adopting a new logo to suit its new identity.

“We are delighted to be working with one of the strongest leagues in Eastern Europe, which is progressing and getting stronger every year,” said Anton Svitlychny, Head of Ukraine’s VBET Partnership Development Department.

“This year, 16 professional clubs will play in the Ukrainian top flight, which demonstrates the development of Ukrainian football and we are happy to be part of this process.”

“We hope that with the start of the 2021/22 season, fans will return to the stadiums, and VBET is preparing pleasant surprises for them across Ukraine. We are confident of productive cooperation with the Ukrainian Premier League and are ready to contribute our experience for the active development of the culture of Ukrainian fans”.

In addition, VBET will serve as the overall sponsor of the Super Cup competition, which will take place on July 24th in Kyiv, at the Olympic National Sports Complex.

A partnership to promote Ukrainian football

“We are pleased to present a new partner for the Ukrainian Premier League title – the international company VBET. This is a new player in the Ukrainian market in its segment, which is serious in supporting Ukrainian football and in the development of the sport in general” .

“We are ready for fruitful cooperation, which will help to further promote Ukrainian football and make it even more interesting for fans.”

VBET is an international online betting company based in Armenia. Founded in 2003 by Vigen and Vahe Badalyan, the organization offers a sportsbook platform, online casino, live casino, poker, eSports and other online games.

In addition, the company is part of Betconstruct, a global provider of technology and services to the gaming and betting industry.