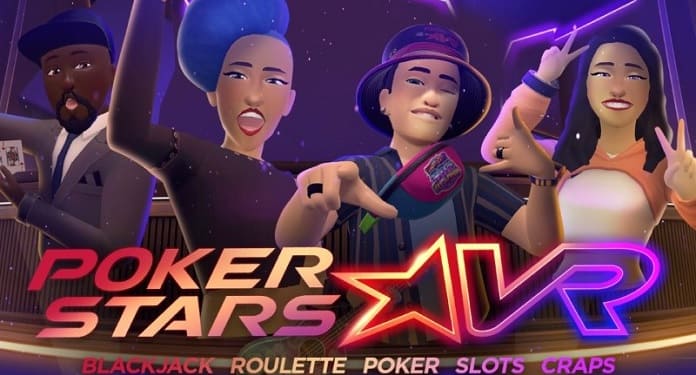 PokerStars VR, part of Flutter Entertainment, has announced that it will be a launch title for Meta’s innovative Quest Pro mixed reality headset, due for release on October 25th.

PokerStars VR will be part of a select number of game titles chosen to launch alongside the Meta device, which offers players enhanced performance as well as color passing for a full mixed reality experience, face and eye tracking and other cutting-edge technologies.

PokerStars VR developers Lucky VR have been busy behind the scenes dreaming up new ways to make the most of these next-gen features and integrate them into the free social casino video game.

Players using Quest Pro will be able to adapt their environments to suit their gaming habits. Options will include a fully immersive virtual reality experience, partial immersion that brings objects or spaces from your physical world into the game via editable ‘pass through windows’, and full mixed reality that allows players to bring key game elements into play. virtual to your own world.

The landmark update allows players to create and see realistic facial expressions on their custom avatars. Players can sit together and smile, frown and look at their cards, just like in a live setting. Meanwhile, the advanced engine will add richer and more immersive gameplay, with players getting the full experience from the hundreds of toys, props and items available.

“Our goal with PokerStars VR is to push the potential of new technologies as far as we can to create a fun and authentic social casino game that truly is limitless,” said James O’Reilly, Director of VR and Innovation at PokerStars.

“We are extremely proud to be a part of the launch of Meta’s Quest Pro, which is a transformation into virtual and mixed reality. Our developers are having so much fun exploring what this technology means for our players and we can’t wait to show them what we have in store.”

PokerStars VR is a world-class, authentic, free-to-play social casino game that allows players to face off against others from around the world in visually stunning environments. Games include roulette, blackjack, slots and poker, cash games, multi-table tournaments and Spin and Go’s.

PokerStars VR uses Tox Mod, an AI live chat monitoring tool, to support its dedicated moderation team. Players will also have access to a variety of in-game security tools, including the option to take time out of games, set spending limits, issue player reports, and customize the extent of their interaction with others in-game.