Início Online March 2022 becomes the most profitable month in the history of the... 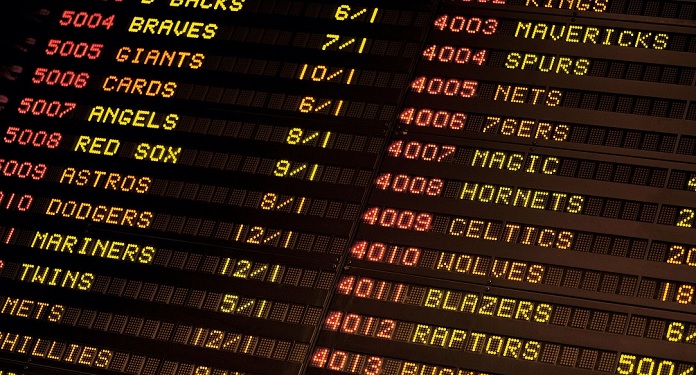 This beginning of the year was marked by the record performance of March revenues, which reached 5.31 billion dollars. Thus, the month with the highest revenue in the history of the sector was consolidated. Total betting revenue for the quarter was up nearly 29% year-on-year.

On a sequential basis, 11 out of 34 jurisdictions saw revenue gains over the last quarter of 2021. New York saw the biggest increase in this regard at 42.2%. This region’s growth was primarily driven by the activation of online sports betting in January, which took the state’s gaming market from sixth in the US to fourth in the first period of 2022.

In the United States, the active sports calendar saw betting revenue hit a record $1.5 billion, up 64.6% compared to the first quarter of 2021 and narrowly beating the previous record, which had been set. in the fourth quarter.

The legal betting market for the quarter also set a record $26 billion, more than double, or 102.3%, of the $13 billion staked in the first period of 2021. This is evidence of growing consumer demand, the addition of six new legal markets and the addition of mobile gaming platforms in New York.

AGA President and CEO Bill Miller talked about what those numbers mean and how that translates to consumer spending. “Consumers continue to seek out gaming entertainment options in record numbers. Strong first-quarter results build on the industry’s 2021 annual record despite continued headwinds from restrictions, labor shortages and the impact of rising inflation.”

“Four years after PASPA (judicial overturning of the Professional and Amateur Sports Protection Act of 1992), the success of legal sports betting is proving what we’ve always known. American consumers are eager to bet within the regulated market. need to crack down on illegal operators who prey on vulnerable customers,” added Miller.

The AGA also published the “State of States 2022” report, which details the performance of the industry in 2021. This document, which serves as a definitive economic and regulatory analysis of gambling by state, includes highlights such as a new annual record in 2021, reaching US$ 53 billion, up 25% from 2019.

The operations generated a record $11 billion in direct gaming tax revenue, which represented a 15% increase over 2019. Last year’s key markets are also established.

The report notes that following the 2020 COVID-19 overhaul, major gambling markets have returned to their pre-pandemic revenue rankings in 2021. The average visitor to land-based casinos last year continued to be “noticeably younger” than than before the pandemic.

About this report, Miller stated that the “success” of the gambling industry is not just seen in the results, but that it “reaches out to communities across the country”. “Registering state and local tax contributions fund vital services, from infrastructure and education to health and emergency services,” he concluded.