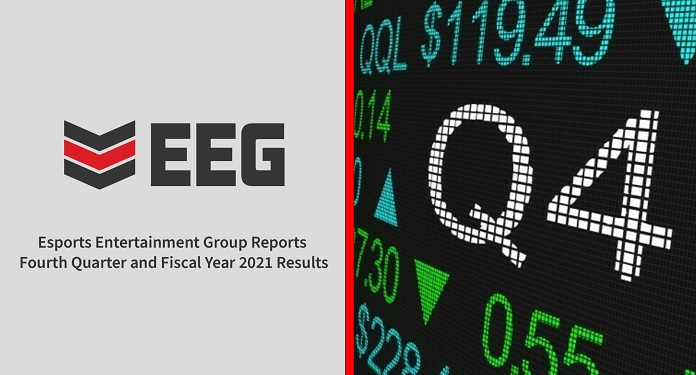 The group did not categorize or reveal how much of its revenue came from its betting operations. However, the deal also had significant costs. Income-related expenses alone totaled $7.8 million.

Sales and marketing expenses reached $10 million, an increase of $9.7 million compared to full-year results for 2019-2020. General and administrative costs of $24.6 million were up a considerable ​​$20.8 million year-on-year.

However, income tax benefits rose $3.8 million, bringing the total net loss for the year to $26.3 million. This was an annual growth of $16 million.

In the fourth quarter, Esports Entertainment reported net income of $8.8 million, with no comparable figures available. With total operating expenses of $19.2 million, the total operating loss was $10.4 million. This was an increase of $8.3 million year-over-year.

“The formidable foundation we’ve built since 2020 has generated strong performance in the fourth quarter and sets our business up for significant growth in 2022,” said Grant Johnson, CEO of Esports Entertainment.

Johnson added, “The partnerships we’ve formed, from the best professional sports teams to industry-leading eSports organizations, clearly demonstrate the strength of our broad portfolio of products and services. I believe our future is bright as we continue to execute our rapid strategic expansion driven by the solidification of our market position and the continued growth of our unique assets.”