Início Legislation Marco Aurélio Lage: ‘It would be positive to regulate all types of... 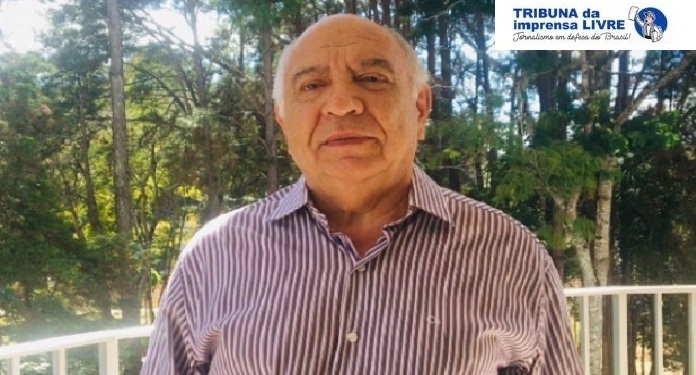 Businessman Marco Aurélio Lage, owner of Hotel Brasil, located in São Lourenço, in Minas Gerais, was one of those interviewed by journalist Luiz Carlos Prestes Filho in his special series on the regulation of the gambling and betting segment in the country.

In an article published on the Tribuna da Imprensa Livre website, the businessman stressed that the most viable solution to the current financial crisis would be the return of casinos in order to increase the national tourism sector.

“This is a moment of important decisions for the country, a help in generating jobs and rescuing tourism, especially in small towns in the interior, whose economic activity is based on the source of income from tourism”.

Son of Alcides Mascarenhas Lage, who was a federal deputy between 1951 and 1953, the interviewee pointed out that he always supported the legalization of games. “My father pioneered the presentation of the Bill asking for the return of casinos, even in the 1950s, during the second Getúlio Vargas government”.

Check out the interview with businessman Marco Aurélio Lage

Luiz Carlos Prestes Filho: As an businessman in the tourism sector, what is your opinion on the possibility of the return of casinos in São Lourenço?

Marco Aurélio: This is a moment of important decisions for the country, an aid to the generation of jobs and the rescue of tourism, especially in small towns in the interior, whose economic activity is based on the source of income from tourism.

For six months the city of São Lourenço was completely paralyzed following the protocol established by the state government. This pandemic was a disaster, causing the closure of hotels, bars, restaurants, affected stores and even Parque das Águas.

Prestes Filho: Does the difficult economic situation in the country call for urgent regulation?

Marco Aurélio: Thousands of people lost their jobs and the municipality lost the income from visitors to this traditional resort. It was a catastrophe never seen before. I met with the new mayor Dr. Lessa and commented on the alternatives that could be taken to save the economy of this tourist city, “Cradle of Brazilian tourism”. The most viable solution will be the return of the casinos, to promote tourism “it would be like giving oxygen to the patient in the ICU”.

With one act, the government will not have to make any investment and would solve the social problem, promoting domestic tourism in the traditional instances that still have infrastructure to make this type of entertainment possible, especially for the elderly, who will not have to look elsewhere countries. It is now up to the authorities to make patriotic decisions for the benefit of the working and business class.

Prestes Filho: In addition to casinos and bingos, what activities could legal games promote?

Marco Aurélio: Certainly, the city of São Lourenço, together with the activity of recreational games, could also attract fairs and congresses, especially as it is located in the axis of the Brazilian GDP Rio de Janeiro, São Paulo and Belo Horizonte.

Marco Aurélio: Political will can solve this problem! There are 75 years without definition, preventing our country from generating jobs, tourism development and consequently taxes.

Prestes Filho: Do ​​we need Resorts Casinos or Urban Casinos?

Marco Aurélio: There is a bill presented by deputy Newton Cardoso Jr. that meets the wishes of this and other tourist cities. We have to diversify. Each city has a different potential. It would be good to regulate all types of games.

Prestes Filho: Is there a group of towns from Minas Gerais that could benefit from regulated games?

Marco Aurélio: The cities that currently have tourist infrastructure in Minas Gerais to receive casino activities immediately, in my view, are: São Lourenço, Caxambu, Poços de Caldas and Araxá. Other cities need adjustments to exercise this activity in the future.

Marco Aurélio: Let’s be practical … as for the rules and regulations, we can simply copy those existing in countries where casinos have been operating for years, without problems. Example: Macau, in China, copied Las Vegas and did it right, because it is working. It is worth mentioning that there will be no government investment, everything will be managed by the private sector.

Therefore, I take the opportunity to present a work that was elaborated on the occasion of the beginning of the activities of foreign tourist ships in Brazil. I think the reader can be more informed.