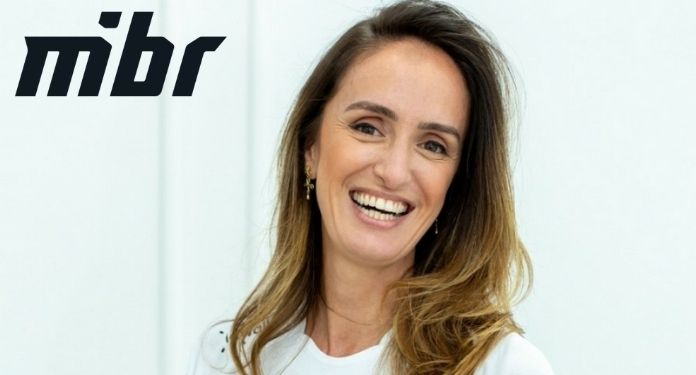 The remarkable growth of eSports in recent years has created – and encouraged – a new generation of professional gamers. Today, traditional sports ‘compete’ with a new modality, competitive electronic games, which are gaining more space among young people and game lovers.

Nowadays, eSports already have several teams around the world, with squads and players competing in games like: League of Legends, CS:GO, Valorant, Dota 2 and many others. In Brazil, one of the best known teams is MIBR, which has already had important achievements in the competitive scenario.

The CEO of MIBR, Roberta Coelho, gave an interview to EXAME, where she mentions that she wants to open up more space for women in eSports, who nowadays continue to be the minority among professionals in the segment.

Check out the full article about women in eSports below.

A few decades separate the executive Roberta Coelho and the oldest eSports team in Brazil, MIBR. While Roberta grew her career working in the most diverse multinationals, MIBR faced ups and downs in these almost 20 years of acting in the competitive gaming scene in Brazil.

In 2021, however, these paths cross: Roberta Coelho becomes the CEO of MIBR – the first female CEO of an eSports team in Brazil.

Roberta, who worked for years as CFO of Rock In Rio, one of the largest music festivals in the world, says that the career transition from the financial environment to the entertainment scene was practically natural.

“We have both feet on the women’s scene and, as long as I’m ahead of the team, we’ll never leave again”, says Roberta Coelho, CEO of MIBR. (MIBR/Disclosure)

“Within Rock in Rio itself, I was always interested in playing and learning from other projects in the parallel. Until, in 2016, I started this career change within the festival itself, when I stopped being CFO to become Director of New Business”, says the executive in an interview with EXAME.

And the new project could not have been more successful. In the 2017 edition, Roberta, moved by the understanding that Rock in Rio should be more than just a music festival, brought a business front that had never been seen before the event: Game XP, which would become one of the biggest house projects and would gain its own traction the following year.

“We decided to create Game XP, a neighborhood within the festival totally focused on games and the culture of this sector. It was a great investment in the 2017 edition and a great bet for the festival as a whole. And it was an absurd success. The link between music and games proved to be really strong”, says Roberta.

“Rock In Rio managed to understand this connection between the areas long before there was any show within Fortnite. The idea was always to bring new content that spoke to this music lover and that positioned Rock in Rio more and more as a entertainment.”, adds the executive.

The 2020 Challenges and the Creation of the Grrrls League

Like all in-person events in 2020, Rock In Rio had to be canceled due to the pandemic. Which brought new challenges to the newly created Game XP.

“After the cancellation of the event due to the pandemic, there was a challenge for Game XP to reposition itself. Game XP has a history as a good daughter of Rock in Rio, with a view to delivering experiences to consumers. Game XP was born to be an in-person event, we had never thought of a digital format. So we created new content for this moment”, explains the executive

In front of Game XP, Roberta was instrumental in starting a project that would bear much fruit in the following years: the creation of the Grrrls League, a women’s eSports league – something unprecedented in Brazi

“I am proud to say that we created and managed the first women’s eSports league in Brazil and, to date, this is the largest league ever made in the country in terms of awards, with more than R$ 680 thousand reais between financial aid and awards for participating teams”, says Roberta.

And, in Roberta’s view, the creation of this first women’s league, which is still operating, was fundamental for eSports teams in Brazil to start investing in their women’s teams.

“It was because of this financial help that great eSports teams in Brazil, such as MIBR, set up their women’s lines. Both MIBR and FURIA set up their first women’s teams to play this league”, explains the current CEO of MIBR.

After the success of Game XP, Roberta was invited and accepted the challenge of becoming the CEO of MIBR, in a very difficult period for the team.

Although MIBR is the oldest active eSports team in the country, its history is marked by ups and downs.

Founded in 2003, MIBR won Brazil’s first world title in eSport. The brand, however, was deactivated in 2012 and returned in 2018 after the American company Immortals Gaming Club (IGC) acquired the rights to the brand.

Before the arrival of the executive, the management of the MIBR was carried out by the IGC. Valued at 210 million dollars, Immortals is considered the fifth largest eSports event company in the world.

As soon as she accepted the proposal, Roberta says that three main factors guided her first steps in command of MIBR: the repositioning of the brand as a team for its fans, the rebirth of the MIBR power as a company and the need to increasingly include women in this canary of eSports, still very masculine.

“Today I’m not ashamed to say, I’m not a hardcore gamer, but I’m completely in love with the scenario”, she says.

“Speaking for MIBR, we set up our first women’s team precisely to play the Grrrls League at the end of 2020 and today, less than two years later, I can say that we have both feet in the women’s scene and, as long as I’m ahead of the team, we will never leave again”, completes the executive.

Roberta says that she arrived at MIBR to write a new page in the history of this team: an old brand, with passionate fans and that, literally, takes Brazil in its name. MIBR is the acronym for Made In Brazil.

“It’s 20 years of history this year, but I feel like we’re super young at the same time,” he says.

And, speaking of the need to encourage the inclusion of women in the scenario, Roberta explains that this is one of her main flags of action at the head of MIBR.

“The universe of games is for everyone. We as women need to take a strong stand in this. I work with games, but I’m not a gamer. It’s a very rich universe that needs to be more inclusive and where women need to feel that they belong in this scenario”, explains.

Every month, the executive says that she holds a meeting with all the women who work at the company – including the athletes, called MIBR Woman. For her, it is essential to foster empowerment in these young girls in the scenario, whether as a professional or as a player.

“Since the creation of the Grrrls League, I’ve thought about how we can go further, how we can combat this prejudice at its root. And I believe that, for that, empowering these women is fundamental. The woman who believes in her own potential and belonging in that space is the greatest weapon to make this prejudice increasingly insignificant”, explains the executive.

In these meetings, Roberta’s history and trajectory became a separate example for these employees. If, in a scenario as prejudiced and sexist as that of games, a woman became CEO of the oldest company in the sector in the country, these girls can do it too.

“I want to encourage this empowerment among our employees, whether as a player or an influencer, but mainly as a professional woman. I want to show these girls that, if I got this far, anyone can too”, explains the executive.

“We want to bring women to consume, to play, to train, to consume. To form an engaged network of supporters, players and trained professionals. The more women consume, the more female brands will be in this universe and the sector is increasingly friendly to these girls”, concludes Roberta.