Início eSports Santos will have Fortnite sponsorship in Libertadores decision 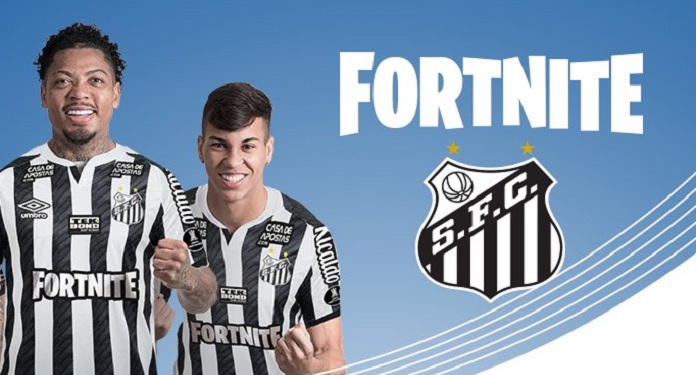 One of the Brazilian soccer teams involved in the Copa Libertadores final, Santos will have a differentiated sponsorship in the match next Saturday, January 30th. Peixe closed an agreement with Fortnite for the game that will decide the main football competition in South America against Palmeiras, at Maracanã stadium.

“Football is consistently one of the main sports that our players ask us to see and experience at Fortnite. We are excited to partner with Santos to bring ‘the beautiful game’ to Fortnite fans around the world,” said Nate Nanzer, the Head of Global Partnerships from Epic Games, which operates Fortnite.

In addition to being in the most valued spot on Santos’ shirt throughout the match, the brand will also carry out some special actions on the club’s social media. Andrés Rueda, Santos’ president, commented on this specific master sponsorship agreement for the final.

“An important initiative not only commercially, but positioning with the approach of the club with a global brand and among the most important for young audience”, stressed Rueda.

In the last few days, Santos was one of 23 teams that integrated a worldwide activation to bring the universe of football closer to the Fortnite game. “The relationship between the football and eSports industries is becoming increasingly sophisticated and with various formats,” said Marcelo Frazão, marketing executive at Peixe.

He added: “clubs that participate in modalities with competitive teams, brand licensing of clubs within games and sponsorships in uniforms using football as a platform for global and valuable game brands. Santos participates actively in all these formats and understands such initiatives as strategic “.

Both Santos’ participation in partnerships with the game only demonstrate the phase of great growth experienced by eSports globally since last year.

There are more and more people interested in following specific content of this segment, following their favorite athletes on social networks and placing bets on teams during official competitions.