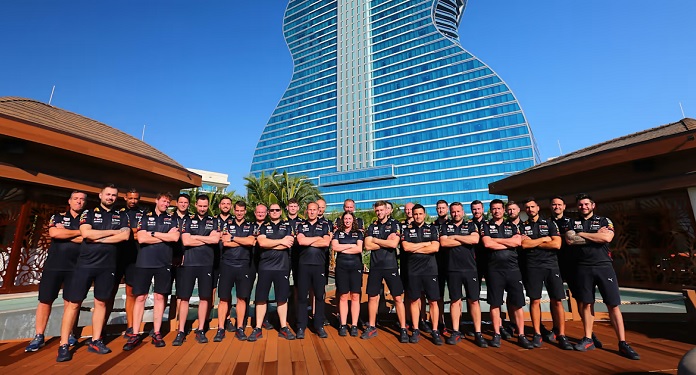 Based in the Sunshine State and owned by the Seminole Indian tribe, the operator appears to be a natural partner for Miami’s upcoming race.

From the iconic guitar-shaped Seminole Hard Rock Hotel & Casino Hollywood in South Florida and at its properties elsewhere, Hard Rock says it can “provide an unparalleled global opportunity to bring Formula 1 fans together.”

“Hard Rock is thrilled to partner with Oracle Red Bull Racing and their culture of winning on and off the track to bring more dynamic entertainment experiences to our fans around the world,” said Jim Allen, President, Hard Rock International.

“This partnership represents our ongoing commitment to collaborations with best-in-class sports, music and entertainment while connecting with the next generation of fans.”

As an official partner of Red Bull, Hard Rock will work with the team to create new experiences centered around Grand Prix weekends across the 23-race calendar. The partnership also includes a collaboration with the Red Bull Racing eSports team.

Horner added: “Oracle Red Bull Racing is at the forefront of this explosion of interest in America, and now with Hard Rock International on board, we can look forward to giving these fans an even more intense, immersive and immersive Formula 1 experience.”