Início Casino Casinos and 6,000 slot machines will be released with new law in... 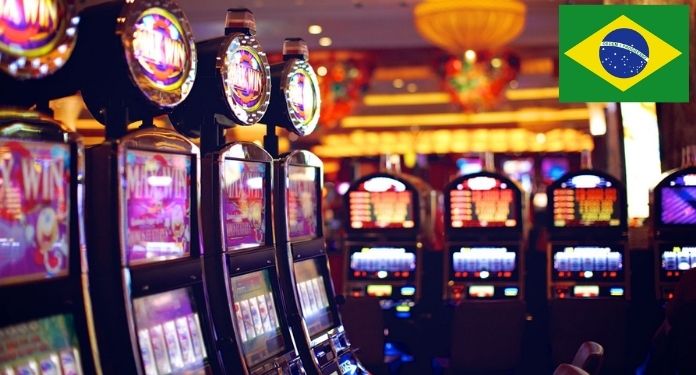 The bill that deals with the legalization of casinos and all types of gambling in Brazil is expected to be voted on in the Chamber in February this year.

In the state, legalization will make it possible to open a casino integrated with a resort and two smaller casinos. In addition to the legalization of at least 6,000 slot machines that now work clandestinely, according to a source in the area.

The text being debated in the Chamber is a substitute for bill 442/91. It was presented by Deputy Felipe Carreras (PSB-PE) on behalf of the working group that analyzed the topic. The discussion, according to the news agency Câmara de Notícias, will remain open after the recess, for the presentation of amendments, highlights and re-discussion.

The great profitability of gambling

Deputy Herculano Passos is part of the Chamber’s working group. He explained that, with the legalization of games in the country, the estimate is for a collection of R$ 20 billion per year, in addition to the creation of 650,000 direct jobs.

In the state, the president of the Brazilian Association of Hotel Industries of Espírito Santo (ABIH-ES), Gustavo Guimarães, estimates that the creation of a casino will create 7,500 jobs, of which 1,500 are direct and 6,000 are indirect.

“Without a doubt, it is an excellent increase in tourist activity and, consequently, in bars and restaurants,” said the president of the Union of Restaurants, Bars and Similar in Espírito Santo (SindBares), Rodrigo Vervloet.

However, Rodrigo ponders: “It is a matter that has to be regulated very carefully so that it is not misrepresented and used for illicit purposes.”

Accountant and advisor to the Espírito Santo Regional Accounting Council (CRC-ES), Mônica Porto believes that today the money from games of chance ends up financing drug trafficking and involving money laundering. “When you have the business regulated, it’s a little easier to avoid situations like these.”

The criminal lawyer Flavio Fabiano does not approve. “The objective is to regularize an illegal activity to favor people who are in this illegal field.” For him, this type of game is a source of destruction of family assets.

With the legalization, it will be possible to open casinos and release at least 6,000 slot machines that now work clandestinely, according to a source in the area.

In addition, it will move an entire chain, as it attracts tourists and, consequently, creates the need for new ventures, products and services.

The construction of integrated casinos and resorts

Gaming Corps receives approval to operate in the Netherlands