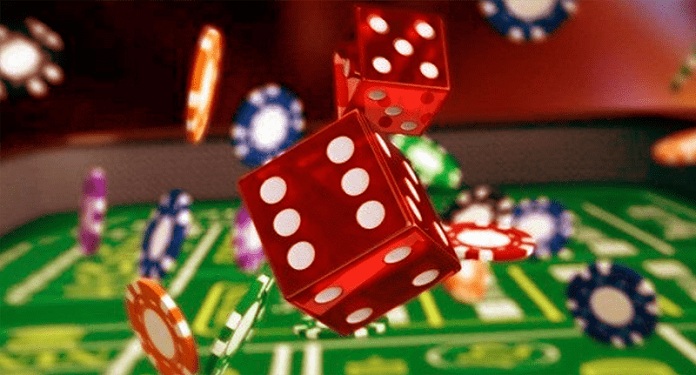 The recent blatant involving striker Gabriel Barbosa, Flamengo’s Gabigol, highlighted the situation of casinos in the country. The theme gained national proportions when it was reflected in the main communication vehicles, contributing to exert pressure aiming at the legalization of the gambling market and of these establishments in Brazil.

Casinos were banned from operating in the 1940s, however, since then, society has undergone countless transformations. In addition, the government no longer has an important source of revenue, since many Brazilians travel abroad every year precisely to have the experience of playing in casinos.

For this reason, there are some proposals underway in the National Congress that can end this prohibition of more than seven decades. An article signed by Marcos Antomil, at Estadão, illustrates the current scenario. Check it out!

In the early hours of this Sunday, the Civil Police of São Paulo closed a clandestine casino, in Vila Olímpia, where there was agglomeration, disrespecting the recommended social distance in the midst of the 19-covid pandemic, and the practice of gambling, which are prohibited in Brazil. There were more than 150 people in the venue, among them striker Gabriel Barbosa, Gabigol, from Flamengo, and funkeiro MC Gui. Federal deputy Alexandre Frota (PSDB-SP) denounced the establishment.

The legalization of casinos and establishments where gambling is practiced has been the subject of discussions in the country, mainly in the National Congress. The ban was established on April 30, 1946, through Decree-Law 9,215, signed by President Eurico Gaspar Dutra. According to reports at the time, the last legal game of roulette in Brazil was held at the Copacabana Palace.

With the ban, clandestine casinos were opened, a fact that was remembered even in recent works of Brazilian television drama. Some of these spaces operate in small locations, which use other façade activities, separated by false walls. The same is true in larger places, located in upscale neighborhoods of large urban centers.

Dice and card games, slot machines, roulette and bingo are some examples of games of chance. Addiction and money laundering are the main arguments used in favor of maintaining the law in force. Brazilians usually enjoy trips abroad, on trips to Las Vegas, in the United States, and Punta del Este, in Uruguay, to get to know the game.

Article 50 of the Criminal Misdemeanor Law states that anyone who establishes or exploits gambling in a public place or is accessible to the public, upon payment of entry or without it, is subject to simple imprisonment, from three months to one year and a fine. The prison can be extended if there is participation or work for children under 18 years old. You can also receive a fine of R$ 2 thousand to R$ 200 thousand who is found participating in the game, even if on the internet or by any other means of communication.

At the time of the initial application of the law, it is speculated that more than 40 thousand workers who were connected to this market were unemployed. Currently, the generation of jobs and the collection of taxes from casinos are some of the justifications given by those who defend a new legislation on the subject.

The presidents of the Chamber of Deputies, Arthur Lira (PP-AL), and of the Federal Senate, Rodrigo Pacheco (DEM-MG), recently signaled that the legalization of gambling is one of the priority themes to be evaluated until the end of the current legislature.

It is argued that the casinos would also stimulate the reception of more tourists in Brazil. In 2019, the Ministry of Tourism recorded a record revenue in the sector: R$ 136.7 billion. The country received about 6.2 million foreign tourists, a low number compared to neighboring and European countries. The Louvre Museum, for example, received 7.6 million foreign visitors in 2018.