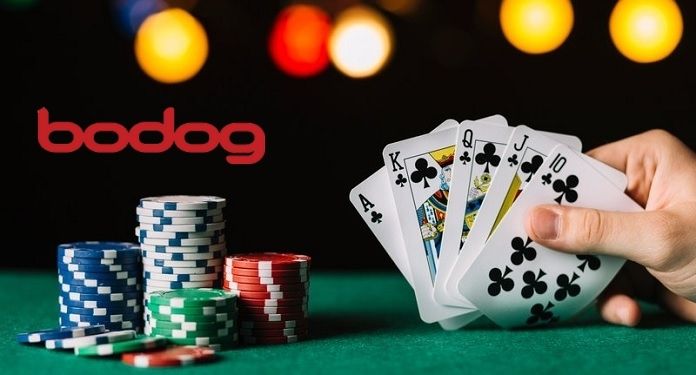 Poker is gaining more and more followers and fans in Brazil. But, who will be the main names in the history of poker in the country? Check out some highlights of traditional poker and online poker in the national territory.

André Akkari is one of the pioneers of online poker in the country, as well as one of the top names in the practice in the country. The biggest achievement was winning a World Series of Poker event. Only Akkari and three other Brazilians achieved this title. The event occurred at event 43.

At the 2011 Limit Hold’em in Las Vegas, the player pocketed a prize pool of $600,000. In addition, he was a two-time online poker champion at PokerStars and has been part of the select group of PokerStars Team Pro since 2007. In the years 2007 and 2008, Akkari appeared among the world leaders in winnings and final tables in online poker.

The third Brazilian to win the World Series of Poker bracelet, in 2015. Thiago Decano appears only among the main names in Brazilian poker today, as well as having carved his name in the sport’s history.

The titles and performances in online and live poker tournaments made Decano become the third most awarded Brazilian in history. He also claimed World Champions of Online Poker’s online world victor in 2009.

Alexandre Gomes was the first Brazilian to cash the WSOP bracelet, winning No Limit Hold’em in 2008. He also received the biggest cash prize. In 2019, Gomes won the World Tour Poker Bellagio in Las Vegas, the WSOP’s main competition, taking over a million dollars.

Until now, no other Brazilian has achieved such a high award in just one event. In his career, Gomes was still champion of the Spring Championship of Online Poker in 2012. In 2019, he was the big winner of the event 53 High of the Winter Series on PokerStars.

When it comes to online poker, there is a select group of players on the rise. These names draw attention due to the excellent performance in the modality, which is gaining more and more relevance in Brazil.

Bruno Volkmann, from Santa Catarina, has earned more than 10 million dollars in online poker events. Today, he appears in the Top 10 of the world rankings and is one of the biggest highlights in the history of PocketFives. He has made his mark in more than 10,000 money zones online poker competitions and his average winnings for each prize exceeds $1000.

Renan Bruschi, from Rio Grande do Sul, is known as Internett93 and in the years 2018 and 2019 he attracted attention by pocketing approximately US$ 500,000 in his participation in live poker tournaments. In September 2020, he won the WPT Championship Mini Main and took down $504K.

In April of last year, Bruschi won his first SCOOP (Spring Championship Of Poker) title. In total, the gaucho has already surpassed the $6 million mark in poker prizes.

The Bahian Pablo Silva uses the nickname of Pabritz, standing next to the best online poker players in Brazil in 2021. One of his highlights was the campaign before the pandemic at MILLIONS South America, where he pocketed US$ 1 million, making history as first Brazilian to win the main event. In addition, he has more than 8500 appearances on awards tracks.

Born in Espírito Santo, young Brunno Albuquerque is part of the national list of players who have received more than $1 million in online poker. In this case, he got this jackpot at the end of 2020. At the time, he stayed for three months at the top of the world rankings. In all, he has already earned more than U$S 7 million.

Born in Curitiba, the player is the most illustrious participant in Pokerstars competitions, where he has received considerable sums that helped him reach the US$13 million mark in online poker.

He has already racked up over 6,000 appearances at poker events, in just one of those tournaments he has received $1.2 million. Therefore, he is already seen as one of the main players in history and number 1 in the PocketFives ranking.