Início Legislation “We have to convince the evangelical group” – Gilson Machado says about... 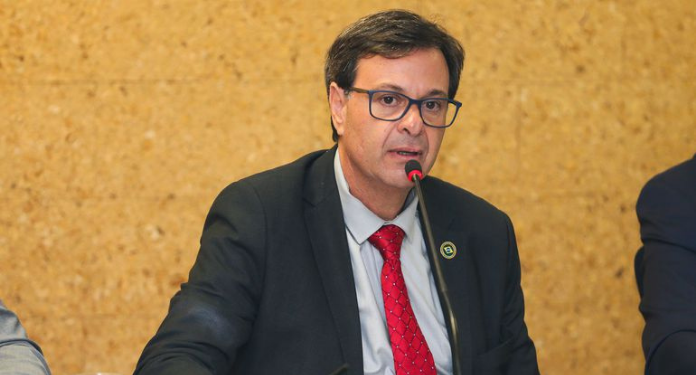 Gilson Machado, Minister of Tourism, said on Monday (24) that he is in favor of the installation in Brazil of “integrated resorts” similar to those that exist in the United States, which include, among other services, casinos, which are currently not allowed on national soil.

The legalization of the practice could result in billion-dollar investments for the country and form a new tourist attraction, according to the minister.

A new way to boost tourism and the national economy

According to an interview with the minister on Rádio 98 FM Natal, Gilson recorded that he visited, in the beginning of last year, integrated resorts in Las Vegas, in the USA. He emphasized that the resorts have not only casinos, but also large hotels, restaurants, parks and shopping malls – which can generate around thousands of jobs and move the entire tourist and economic chain around.

In most cases, casinos account for only 23% of the turnover of such equipment, according to him.

“Casino is just a part of the equipment. The equipment is called an integrated resort. It has huge hotels with at least 7 thousand beds, very well structured, a convention center for up to 200 thousand people. They fill the surrounding hotels. In addition, there are water park, restaurant, bar, store, shopping center of all brands in the world. And there is the casino part. What I found most surprising is that the game part is only 23% of the turnover “, stressed the minister.

The legalization of casinos and the resistance of the evangelical group

Gilson Machado also recalls that the eventual legalization of casinos is still pending approval by the National Congress. The minister said that the matter does not progress in the legislature because of the resistance of the evangelical bench, which makes up the support base of the Jair Bolsonaro government in parliament.

“We have to convince our evangelical base. Even the church has an integrated resort. But we have to know our support base so that she accepts that from there. We are under construction”, said the minister, stressing that the articulation for the practice to be legalized has been made by senators Flávio Bolsonaro (Republicanos-RJ) and Irajá Silvestre (PSD-TO).

An opportunity with great potential

Gilson also pointed out that Brazil is one of the few in the world that does not legalize the casino, even though it is a country with great potential.

“I think it is a very big opportunity that Brazil has. Of the 20 G-20 countries, the only non-Muslim country that does not have an integrated resort is Brazil. Billions of dollars are going to come for investment. And Brazil is the last frontier. But we always have the last word of the Congress, to see how it will get out of there ”, concluded the minister.