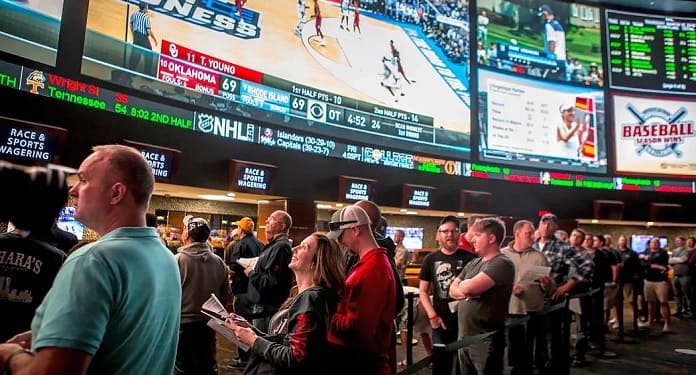 California voters are expected to consider seven measures in the November vote, including two competing sports betting initiatives. Campaign spending has already hit records, with a high-stakes feud between tribal casino interests and major sports betting operators showing no signs of slowing down.

The campaign that could bring legalized sports betting to the Golden State is already the costliest electoral initiative fight in US history, at around $400 million. At the current rate, spending could more than double the record $200 million that can be spent by all sides combined in the Texas governorship race, reports The Dallas Morning News.

The fight comes as sports betting expands across the US, now legal in 31 states and the District of Columbia. Three of the four states that border Texas – Louisiana, Arkansas and New Mexico – have legalized sports betting. Campaign spending nearly doubles the previous mark in California, set in 2020, with about seven weeks to go before voting ends on November 8.

Californians have been exposed to a torrent of publicity for months, filled with promises of benefits, but also exchanges of blame between opposing groups. With the midterm elections looming, voters are cynical about political speeches. And with two similar proposals on the ballot, history suggests voters tend to get confused and vote “no” on both measures.

If both initiatives receive more than 50% approval, the one with the most votes wins. California is touted as a market potentially worth billions of dollars. Major players in the gaming industry are running Proposition 27, which was put to a vote by a coalition of sports betting operators including giants FanDuel and DraftKings.

Prop 27 would allow sports betting not only in person, but also online, in partnership with tribes. Given that companies would have to pay a $100 million fee to enter the market, the initiative is seen as favoring established operators. Most of that fee and taxes would go towards covering regulatory costs and affordable housing programs, with the rest to be distributed among smaller tribes not involved in online gambling. Only a few California tribes support the initiative.

While key game stakeholders say their proposal would be more beneficial to the state, with potentially millions to be generated to address the poorest population, most California tribes see the move as contrary to their interests and claim that the money destined for programs would be a dip compared to the millions that online operators would rake in. That’s why most state tribes are supporting their own initiative: Proposition 26.

Prop 26 is supported by Native American tribes, who since 1998 have had the exclusive right to operate casinos in the state. The initiative would enable retail sports gaming at tribal casinos and horse racing tracks, as well as allow tribes to expand their gaming offerings to include new games such as roulette. It comes with a 10% tax on tracks and regulatory refunds from tribes that can net tens of millions of dollars to the public coffers.

Prop 26 is supported by Native American tribes, who since 1998 have had the exclusive right to operate casinos in the state. The initiative would enable retail sports gaming at tribal casinos and horse racing tracks, as well as allow tribes to expand their gaming offerings to include new games such as roulette. It comes with a 10% tax on tracks and regulatory refunds from tribes that can net you millions of dollars to the public coffers.

A series of political committees is at the heart of the struggle. The Yes on 26, No on 27 committee, sponsored by more than two dozen Indian tribes, has raised about $100 million so far this month, according to state records. A second committee seeking to overturn Prop 27, also supported by California tribes, raised about $90 million.

Proposition 26 is facing opposition from the Yes committee on 27, backed by a coalition of sports betting companies that have raised around $170 million to support their cause. But the tribal proposal is also contested by card clubs, which have amassed more than $40 million on a committee of their own.

Political endorsements are also part of the ongoing fight to legalize sports betting. State Democrats were among the first interested parties to make their views public on the matter, opposing Proposition 27 but remaining neutral on Proposition 26. Meanwhile, the California Republican Party opposes both proposals. And as for sporting interests, Major League Baseball (MLB) supports Prop 27.

If confusion prevails, as history suggests, and voters say “no” to both measures, other efforts are likely to be on the ballot in 2024. Last week, results of a survey by the California Public Policy Institute showed that the A majority would reject Proposition 27. The campaign supporting this initiative has reduced its ad purchases in major TV markets across the Golden State, with no state TV ads scheduled to air in October, according to the San Francisco Chronicle.

Sources close to the Proposition 27 campaign have suggested that the shift in advertising strategy comes as a response to the saturated television market not helping its momentum. As expected, the most expensive vote in the state’s history is a huge, expensive jumble of competing interests: November will tell which initiative – if any – comes out the winner.