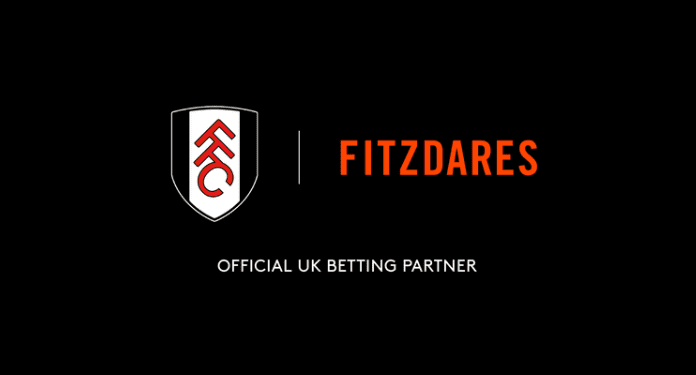 Fulham FC and Fitzdares have announced a new partnership that will see them collaborate on marketing and sports betting initiatives. The West London club will work alongside the bookmaker to launch a series of activations centered around “shared moments, history and humour”.

William Woodhams, CEO of Fitzdares, commented on this: “This partnership has its roots in the 19th century, and we are brimming with enthusiasm to finally join the original London football club. I dare say the only better place to watch football than the Fitzdares Club is in Cottage”.

To celebrate this partnership, Fitzdares will be introducing a new menu item at its members-only club in Mayfair. “We will immediately add ‘Craven Cottage’ pie to our menu to bring a taste of West London royalty to Mayfair,” Woodhams continued.

Fulham was equally enthusiastic, and also considered the history of both organizations. Jon Don-Carolis, Sales Director for Fulham FC, said: “We are delighted to welcome Fitzdares as the official betting partner of Fulham FC in the UK.”

“Our organizations are proud of our heritage and embrace innovation while providing a more up-close and personal experience for our fans and audiences.”

“An aligned partnership between the oldest bookmaker in the world and the original London football club is poised to deliver a range of exciting and creative initiatives throughout the season,” added Don-Carolis.

Meanwhile, Fulham’s current main shirt sponsor is betting company W88, with which it reached an agreement earlier this year despite the Premier League contemplating a ban on shirt sponsorship deals with gaming brands.

However, any further action on a ban was delayed by Boris Johnson’s resignation as prime minister and the subsequent postponement of the white paper on gambling reform.