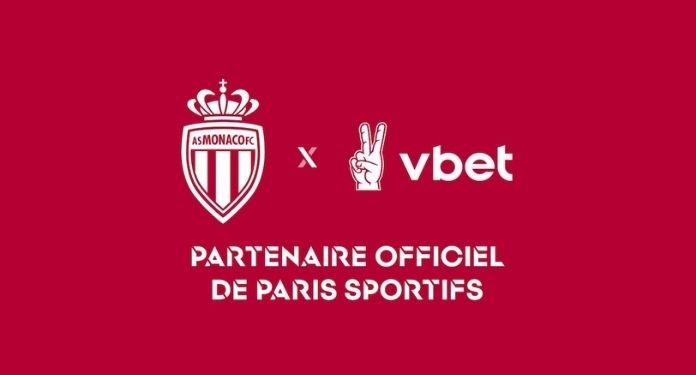 VBET has strengthened its position in France after the betting and gaming platform detailed an extension of a partnership with AS Monaco.

This three-year addition builds on the partnership made two years ago that saw the brand exposed on the club’s shorts, as well as benefiting from a presence on screens and LED signs at the club’s home Stade Louis II.

Oleg Petrov, Vice President and CEO of AS Monaco, commented: “We are pleased to extend our relationship with VBET and make it lasting. The renewal of this partnership reflects the good dynamics and trust that exists between our two entities.”

“Like AS Monaco, VBET is an ambitious brand driven by a strong spirit of innovation, which is constantly evolving in a market that remains highly competitive.”

“It was therefore natural to continue this collaboration in order to continue to support each other in achieving our respective goals,” added Petrov.

As a result of the expanded agreement, VBET seeks to strengthen its position on a global scale, as well as reinforce its presence with the French sports betting market.

The Armenian sports betting and online casino operator, which is part of the BetConstruct group, also previously linked with Paris FC in a deal covering the 2021/22 and 2022/23 seasons.

In December 2021 the brand also confirmed a collaboration with Ukrainian football player Oleksandr Zinchenko, who has teamed up with former France and AS Monaco star Youri Djorkaeff.

“Since our arrival on the French market in 2019, we have invested in quality partnerships to promote our brand and French football,” noted David Ozararat, CEO of VBET France.

“We are delighted with this renewed confidence from AS Monaco and we have strong ambitions for the future, as does this team that continues to surprise again this season. Since 2020, we have believed in this partnership and look forward to supporting AS Monaco for many more years to come.” .